Have you ever been doing something you really enjoy, like spending time with a loved one or playing your favorite game and felt overwhelmed with happiness? Or maybe you’ve experienced the opposite, where you felt down for a few days or weeks? Have you had difficulty falling asleep? Or experienced stomach cramping and bloating after a meal?

If you’ve ever experienced one of these things, or all of them, you may think they have nothing in common. But, thanks to a hormone and neurotransmitter called serotonin, they actually have more in common and are more connected than you think.

Serotonin is a neurotransmitter found in the brain and the gut. The body uses it to send messages between neurons, or nerve cells, throughout the body. The messages sent by this neurotransmitter are responsible for regulating mood and sleep, as well as appetite, digestion, and cognitive function. 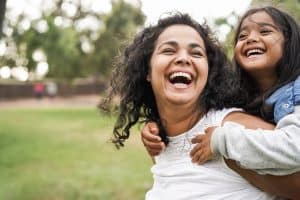 It is often referred to as the “happy chemical” because it contributes to feelings of well-being and happiness, the scientific name for serotonin is 5-hydroxytryptamine (5-HT). It is mainly stored in a cluster of nuclei in the brain stem called Raphe nuclei. Serotonergic fibers are synthesized from the Raphe nuclei and are then released into certain parts of the brain and spinal cord to transmit messages related to mood and sleep, to the rest of the body.

While serotonin is primarily stored in the brain, it is mainly produced by the gut. The gut produces about 95% of the serotonin in your body. Research has shown that serotonin plays an important role in communication between the gut and brain, and it’s functioning. Serotonin receptors in the gut are responsible for sending messages to the brain that signal nausea, bloating, pain, and fullness.

The release of serotonin is triggered by activities like exercise, meditation, sunlight, and anything that brings you feelings of joy and happiness. When serotonin isn’t released during activities such as these, it could be a sign of low serotonin. Studies found that people with low levels of this powerful neurotransmitter are at higher risk for developing conditions like depression, anxiety, multiple sclerosis, and Parkinson’s disease.

Serotonin deficiency, or low serotonin, can have a wide range of effects on mental and physical health. This condition occurs when the body doesn’t produce enough serotonin on its own or it doesn’t use it efficiently. Because serotonin plays a major role in multiple systems in the body, low levels can cause a variety of symptoms, such as:

Some symptoms of serotonin syndrome include:

There are no diagnostic criteria or definitive tests to identify if someone has irregular serotonin levels. To determine if levels are out of their normal range, doctors will take a full medical and psychological health history, ask about any medications you are taking and your current symptoms. Your doctor may run additional tests, like blood tests and CT scans, to rule out any other possible medical conditions.

How Does Serotonin Impact Chronic Conditions?

Because of serotonin’s widespread role in the body, it has been linked to several chronic conditions.

Irritable bowel syndrome (IBS), is a common disorder that affects the large intestine, causing reoccurring abdominal pain or discomfort, cramping, constipation, and diarrhea. It’s one of the most common gastrointestinal disorders affecting between 25 and 45 million people in the United States.

Medical professionals have debated the pathophysiology around the condition for decades but have recently discovered that the symptoms cause by IBS result from a disturbance in the interaction between the gut and brain, including the autonomic nervous system (ANS). The ANS is composed of three main systems; parasympathetic sympathetic and enteric nervous system (ENS), which is now referred to as the “brain below”.

Signals from the brain to the gut play a vital role in maintaining optimal digestive function, reflex regulation of the GI tract, and modulation of mood states. The END relies on several neuropeptides and molecules to regulate intestinal motility and secretion. Evidence suggests that serotonin is one of the most important signaling molecules involved in gut-brain communication and that changes in serotonin signaling may be responsible for IBS symptoms.

Enterochromaffin (EC) cells are the primary detectors in the intestine that use serotonin. The ECs release serotonin into the connective tissue which contains nerve fibers that express serotonin and respond to its presence. These receptors send pain and nausea signals to the central nervous system (CNS). The key to normal bowel and intestinal functioning is how long free serotonin remains in the gut wall once it is released. If reuptake is blocked, the cells aren’t able to deactivate serotonin.

Studies show that patients with IBS have a significant decrease in serotonin transporters. By blocking or stimulating serotonin receptors in the gut, patients can alleviate abnormal bowel function and symptoms caused by IBS. 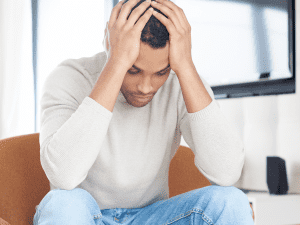 Depression is a serious mental illness that affects nearly 17.3 million adults in the United States. People with depression may feel less motivated to work, spend time with loved ones, or participate in activities they enjoy and interferes with daily functioning.

While it was originally thought that people with depression have lower levels of serotonin, more recent research found that this isn’t necessarily true. However, there is still a link between serotonin and depression.

Serotonin neurotransmitters, or 5-HT neurons, have an impact on a variety of behavioral and cognitive functions. Evidence shows that 5-HT plays a key role in wiring the developing brain and can impact synaptic re-organization, or rewiring of the brain, during adulthood. 5-HT neurons have the unique ability to regrow and reinnervate brain regions after trauma, like brain injury, chronic stress, or impaired development, which often causes depression.

One study by John Hopkins and the National Institute of Mental Health (NIMH) found that treatment using SSRIs amplifies 5-HT activity. This accelerates the rewiring of certain brain pathways, improving feelings of depression and promoting recovery from mental illness.

Multiple sclerosis is a neurodegenerative autoimmune disease where healthy cells attack the protective sheath (myelin) that covers nerve fibers around the brain and spinal cord. This damage results in communication problems between the brain and the rest of the body, causing symptoms like:

There is no exact cause for MS, but studies found that people with MS have decreased levels of serotonin and after use of drugs that increase its levels, there was an improvement in clinical scores. Researchers suggest that there are multiple processes that cause low levels of 5-HT in MS patients, like the inability to transport serotonin in the CNS.

One study found that the use of SSRIs after the onset of symptoms can slow the progression rate of the disease and decrease the frequency and intensity of symptoms. Researchers believe these improvements are due to the immunomodulatory capacity, which is the ability to suppress the immune system, of selective serotonin reuptake inhibitors. SSRIs have the ability to suppress inflammatory cytokines common in MS patients, while simultaneously upregulating the synthesis of anti-inflammatory mediators.

While the exact connection behind why MS patients have decreased levels of serotonin is unclear, research shows that there are positive effects of regulating serotonin in MS patients.

Parkinson’s Disease is a progressive neurological disorder that affects movement. People who have Parkinson’s usually develop tremors that are hardly noticeable at first but worsen over time. They may also experience symptoms like stiffness and slowing of movement.

There are no specific tests used to diagnose Parkinson’s disease, however new evidence suggests that changes in serotonin signaling may happen at the earliest stages of the disease even before symptoms develop. The study looked at serotonin signaling in the brains of people who were at a high risk of developing Parkinson’s. They found that changes in signaling happen ahead of dopamine cell loss in other areas of the brain as the condition progressed. Dopamine is the neurotransmitter most commonly associated with Parkinson’s. As dopamine cells gradually decline, motor symptoms in Parkinson’s increase. Researchers believe changes in serotonin are what trigger non-motor symptoms, like sleep problems, fatigue, and anxiety.

Another study analyzed the serotonergic system in Parkinson’s patients with tremors. The study included 378 Parkinson’s patients: 87.8% had tremors at baseline, rest tremors occurred in 69.6% of patients at baseline, and 67.9% at follow-up. Postural and kinetic tremors occurred in about 50% of patients at both baseline and follow-up. The data revealed that as the disease progressed, both serotonergic and dopaminergic systems contributed to rest tremors. They found that patients with fewer available serotonin transporters had more serve resting tremors.

Based on the research, scientists believe that serotonin-based treatment can be beneficial in treating patients with Parkinson’s disease. 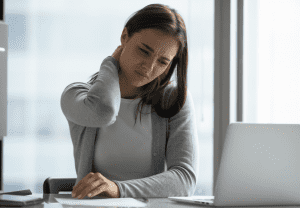 Chronic pain is a condition where pain in one or several areas of the body persists for at least three months. The pain can be constant or intermittent and can occur anywhere in the body. Nearly 25% of Americans suffer from chronic pain. Because chronic pain can be debilitating, it often interferes with daily activities like working and maintaining relationships and may even lead to depression.

Studies show that serotonin has an impact on the ability to regulate pain. Researchers at John Hopkins have pinpointed two molecules involved in stimulating chronic pain: capsaicin and serotonin. In the study, researchers looked at the role of serotonin in TRPV1 (capsaicin receptor) and the trigeminal nerves, which is a branch of cranial nerves that extends from the face to the brain.

They blocked the production of serotonin and found that TRPV1 activity nearly disappeared. This suggests that chronic pain causes serotonin to be released by the brain into the spinal cord. Here, it activates the trigeminal nerve and TRPV1, causing nerve cells, including non-pain-sensing nerve cells, to start responding to pain. Hyperactivity of the receptor causes nerves to fire more frequently and sends even more pain signals to the brain.

Researchers suggest that by blocking the production and release of serotonin, they can effectively reduce pain.

Can Serotonin Levels be Altered?

Serotonin is naturally produced by the body. But If you or your healthcare provider thinks you may have a serotonin deficiency, there are some natural ways you can boost your levels:

If you have a more serious, chronic condition your doctor may prescribe SSRIs to help increase serotonin levels in the brain and relieve symptoms. While SSRIs are commonly used to treat depression, research shows that the use of SSRIs has been beneficial in treating other conditions like chronic pain and arthritis.

You Are Not Alone

If you have low serotonin levels or have experienced serotonin syndrome, know you are not alone. There are thousands of members at PatientsLikeMe who understand what you are going through. Join the conversation today to learn how they navigate balancing serotonin levels and keeping symptoms from their condition at bay.