PatientsLikeMe members share health data on the site adding their own individual-level health experience to a repository of structured outcome data. The result? An unprecedented data set that informs medical conversation not only within the patient community but also with the larger scientific one. 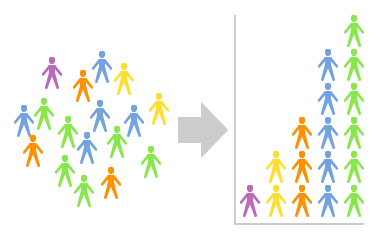 Earlier this fall, the venue for this conversation was the annual meeting of the American Medical Informatics Association (AMIA). Typically, AMIA is a forum for medical researchers to discuss clinical-facing informatics projects like electronic medical records, doctor decision-support systems, and standards. This year, the event agenda included its first-ever panel on patient collaboration, with PatientsLikeMe presenting on how our members use informatics systems to spearhead original research.I presented a paper co-authored with Michael Massagli chronicling the activity on the ALS site regarding the site-based evaluation of Lithium. Questions about the paper were enthusiastic and challenging as medical researchers contemplated the full implications of patients conducting research outside of the healthcare system. The most provocative comment came from Danny Sands of Cisco who introduced the possibility that while he saw the value of PatientsLikeMe, we may also be “polluting clinical trials” – when patients with rare diseases take experimental treatments before being enrolled in (his) randomized clinical trials. My response was that he and others in the clinical trial world may feel differently if someone he cared for was diagnosed with ALS – a disease where patients have limited time to explore treatment options. As medical researchers, we should be proud of our patients who are taking an active role in their health care; I know I am.

The truth is, whether practitioners discuss it or not, people have long experimented with novel, off-label, and alternative treatments (some with and some without their physicians). Barring the few cases that are published in academic journals, these individual efforts only resulted in a tiny group of people learning anything from their experience. By organizing these individual efforts, PatientsLikeMe allows the data to be pooled and recorded systematically for analysis.

Of course, randomized clinical trials (RCTs) are the most rigorous means to systematize experimentation, but they have their draw-backs. They are expensive to run, time consuming (they take years, our study took months), and may be subject to more confounds than their organizers would like to believe.

While coordinated patient-led research on PatientsLikeMe is new, and as such presents novel challenges in its methods and credibility, we have now glimpsed its promise, its potential. Lithium was a first effort to study one treatment in one condition; it is just the beginning. There are many other treatments being used listed on the site by our patients that are not – for a variety of reasons – being studied systematically anywhere else. For example: Low Dose Naltrexone (LDN), Stem Cell Transplants in ALS, 4-Aminopyridine (4-AP), Botox injections to manage excess saliva, etc. These demand our attention.

Regarding the Lithium experiment, one patient described the situation better than I ever could in this forum post: “This is an amazing process.  Instead of sitting on the sidelines searching for promising research we are for the first time ever (from what I can determine) taking a group of people with a particular disease and taking an active role in researching a treatment.”

PatientsLikeMe’s members are not only learning how to best care for themselves, they are contributing their otherwise anecdotal experience to a body of data. Motivated by their own desire for better outcomes, patients are reporting directly to the website and building a body of evidence not being collected anywhere else. Together, with our carefully designed tools to capture, display, discuss and analyze this data, we are creating a repository of patient reported outcomes that will add patient data to evidence-based medicine and advance our knowledge.  Isn’t that what it’s all about?

13 thoughts on “Structuring and Presenting the Patients’ Perspective at AMIA”