This week, PatientsLikeMe announced two new appointments to the team: Kim Goodwin and Sally Okun RN. Here Sally, who was promoted to Vice President of Advocacy, Policy and Patient Safety, explains how she’ll continue to make sure the patient voice is heard, collected and disseminated to affect better treatment, services and care. Look for more of Sally in April, when she’ll be the first nurse to grace the stage at 2013 TEDMED in Washington, D.C. 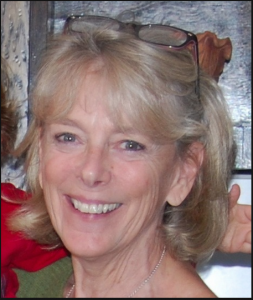 What exactly is patient advocacy?
I like to think of it as actions by individuals, groups or organizations to support the interests and needs of patients across the healthcare system. Patient advocates can be family members or friends, professionals like nurses or social workers or non-professionals, including health coaches and navigators. They can also be nonprofit groups and grassroots activists. For me, patient advocacy is part of my being. It has grown out of my experiences as a nurse and as a family caregiver.

Creating the advocacy role at PatientsLikeMe is a formal step that highlights something we’ve done for years: amplify the voice of our patient members, especially among external groups such as health systems, government agencies and policymakers. We want to continue to drive industry and government to make more patient-centric decisions. It’s never been more important.

What is your safety focus and how will it impact members?
Our safety focus to date has largely been on side effects experienced by patients when using drugs and medical products. These data are an important contribution to the understanding of how medications work in the real world, outside of the controlled environment of clinical trials.

We’re exploring how best to collect meaningful safety information that matters most to you and other patients, including information about medical devices and equipment, infections, falls in care facilities, and complications that may result from overtreatment. Sharing this information with our members and industry at large can support better decision-making and better outcomes.

Why is your role important to patients?
I have the unique opportunity to bring attention to a variety of topics and issues that our members are concerned about. For example, there have been many changes to the healthcare system as a result of the Affordable Care Act. Prominent among these is the concept called “patient-centered care,” which is being infused into all aspects of care, research and policy development.

My new role gives me access to meetings, discussions and conferences being held around the country and all over the world, focused on the nuts and bolts of putting patient-centered care into action. It is vital to have groups such as PatientsLikeMe present at these meetings. Our real-world perspective is essential if we are to move beyond buzzwords to programs and policies that really matter to you, our patients.

What don’t policymakers know about patients?
Probably the most frequently asked questions by policymakers, clinicians and researchers alike are related to patient engagement and patient activation, considered by many to be “the blockbuster drug of the century.” (see this Health Affairs  piece)  There’s evidence from research studies and demonstration projects that patients who are more engaged in their care and more activated to participate in their care have better outcomes – this can translate into better health for the patient at less cost.

This isn’t news to PatientsLikeMe or you, our members! In fact, our members, who tend to be more engaged and active in their own care, have reported benefits that include improved communication with their doctors, less hospitalizations, improved adherence to medications and better understanding of their condition. Now, that’s real evidence of the power of patients engaging with each other.

How can members be involved in what you do?
Over the past couple of months, I have had the opportunity to reach out to members through our Community Team on a couple of advocacy and policy projects. For example, we recently collaborated with one of our members with MS (LadyMac) for this conference. In the future, I hope to have a place on the website that allows for direct dialogue about current and future activities related to advocacy, policy and safety. It will also be a place where I will circle back with information after attending events, conferences and meetings.

4 thoughts on “New on the PatientsLikeMe Team: Sally Okun, VP of Advocacy, Policy and Patient Safety”