“Open source software” is created and improved collaboratively, over the web, by the people who need it, even if they work for different companies in different industries on different continents. Similar to our Openness Philosophy, the premise behind open source software is that none of us is as smart as all of us. Software developers that share code help accelerate technical progress, just as we invite patients to share their health information to accelerate research. 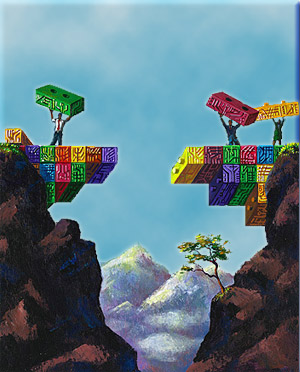 Here at PatientsLikeMe, almost every software component behind the website is open source. The operating system and web server, database engine, the Ruby on Rails web development framework — if it weren’t for the time and passion that many people have dedicated to these and many other open source projects, PatientsLikeMe might not exist.

It’s time to give some back! We’ve begun to contribute some improvements and innovations we’ve made to the open source community. We recently needed to enhance the open source Ruby gem (a kind of software library) to support some recent changes made by Campaign Monitor, the email service we use to send our monthly newsletters and other large email campaigns. Our contribution has been noted on Campaign Monitor’s website for the benefit of their other customers using the Ruby programming language. Check out our project for more information, including installation instructions.

We’ve also extracted code from PatientsLikeMe that we think others will also find useful, and released a couple of plug-ins for Ruby on Rails, including:

There’s more to come, so watch our GitHub account for updates.

This blog post is the second in a series from our attendance at the 19th International Symposium on ALS/MND in Birmingham UK in November 2008. When PatientsLikeMe attended the previous ALS/MND Symposium in Toronto Canada in December 2007, I was given a platform presentation to show the assembled clinicians, scientists and researchers what we had developed for patients with the condition. This year, as part of a session on the history of ALS/MND patients online, I was given the opportunity to show attendees some of the improvements we had made to the site since that time.

* Percentile curves for patients with PLS – When I said that we had more than 100 patients with PLS registered on the site, there was a collective gasp from the audience. Our large sample has allowed us to show PLS patients how they compare with other PLS patients for the first time. (Available to PLS members of the ALS/MND community)

* Geomapping – Patients on our system can see a map of the world and see registered users nearby using a Google Maps API developed by our resident geomapping whiz Steve Hammond. This allows patients in isolated areas, or even busy cities, to find other patients like them who they might want to meet up with or talk to on the phone. (Available to users in all our communities)

* Treatment database – By integrating the Multum Drug Database into our treatment system, users are presented with an accurate list of possible dosages for the treatments they are taking. We have also added an evaluation system that lets users share their opinions about a drug’s efficacy, adherence, burden, and side effect profile. (Available to users in all our communities)

* Lithium study tool – We have showcased our custom lithium study tool in a number of recent blog posts, but for many delegates this was the first time they had seen the evidence we’ve been collecting on lithium in ALS/MND.

* Future state modeling – Simply “tracking” a patient’s progression has never been the goal for us; we’ve always wanted to take past information and use it to predict the future state of an individual patient. In relatively linear diseases like ALS, that means we can help patients to plan in advance for when they might need a wheelchair or other equipment. It’s often the case that ALS/MND patients don’t get the equipment they need until several months after they could have benefited from having it. Such a tool would give a customized prediction for the individual patient. After all, most of us don’t want to know about the “average” patient, we want to know about a “patient like me”!