PatientsLikeMe in the News

It’s been a busy couple of weeks at PatientsLikeMe.  Here are a few media highlights showcasing all the exciting things that are going on, from new partnerships with Aetna and Boehringer to the major grant we were awarded by the Robert Wood Johnson Foundation to TED2013 Fellow Paul Wicks’ presentation at TED2013 last week. 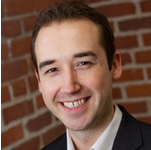 We are thrilled to announce that PatientsLikeMe Research & Development Director Dr. Paul Wicks, PhD, has been named a TED2013 Fellow.  He is one of 20 individuals to be selected from more than 1,200 candidates to attend the TED2013 conference in Long Beach, California, participate in a preconference bootcamp and receive mentoring from the TED community.

If you’re not familiar with it, TED is a nonprofit devoted to Ideas Worth Spreading.  It started out as a conference designed to bring together people from Technology, Entertainment and Design (T-E-D) and has since evolved into a global movement for sharing big ideas.  In addition to annual conferences in the US and UK (TEDGlobal), which bring together movers and shakers for inspiring talks of 18 minutes or less, TED sponsors local events (TEDx) and shares many of its videotaped talks via TEDTalks and TEDxTalks. (Among them: a 2009 talk by PatientsLikeMe Co-Founder Jamie Heywood, a 2010 talk by Paul Wicks and a 2011 talk by PatientsLikeMe Co-Founder Ben Heywood.)

The theme for the TED2013 conference is “The Young. The Wise.  The Undiscovered.”  Accordingly, this year’s class of TED Fellows represents “young innovators from around the globe, all with insightful, bold ideas that have the potential to influence our world.”  Paul is a perfect fit for this mission, having already been named one of the best young innovators under the age of 35 by MIT’s Technology Review as well as their “Humanitarian of the Year” in 2011.  We know he won’t stay “undiscovered” for long!

A big thanks goes to TEDGlobal 2012 Fellow Max Little, who nominated Paul for this prestigious opportunity.  An applied mathematician who is currently a Postdoctoral Research Fellow at MIT, Max is working on a breakthrough technique to monitor – and potentially screen for – Parkinson’s disease through simple voice recordings.  Learn more about Max’s ingenious idea in his June 2012 TEDTalk below and stay tuned for more coverage of this trailblazing researcher in the coming weeks.