Have you heard about the petition launched to the White House asking for all federally funded research to be freely accessible over the Internet? We’ve signed it and here’s why…

Today, government-funded research (that’s research paid for with your tax dollars) is often something you can have access to in published scientific journals, but for a charge.  The petition is a call to action for the current Administration to make this research open to anyone who wants to read it — study participants, other patients, researchers, healthcare providers, industry, students, or anyone at all.

Under the Administration’s new “We the People” policy, if the petition gets over 25,000 signatures within 30 days, the White House will issue a response. At the end of day two, there are already over 10,000 signatures! (Anyone can sign, even those internationally.)  You can read more about this open access movement and see what others are saying with the twitter hashtag #OAMonday.

Simply put, we believe this campaign represents the power of Openness. At PatientsLikeMe we’ve long believed in the power of open access and take steps to ensure many of our publications such as our recent epilepsy user survey, our lithium study in Nature Biotechnology, and most of our other published research is all freely available without needing to be an academic researcher. Why? Because patients like you want to read the most up-to-date scientific research and we believe you have the right to do so without impediment.

So, we’ve signed the petition.  Have you?

The buzz around the office…

“In the UK, there’s a saying that e-patients have about their healthcare decisions: ‘Nothing about me, without me.’ There’s no better example of the disconnect between academic medicine and patients than a research study *about* patients that they can not read.”
– Paul Wicks, PhD, R&D Director, PatientsLikeMe (Signature #817)

“We call on patients, caregivers, family, and friends to sign this petition and send a clear message that life-saving research paid for with tax dollars is a public good and should be shared in the same spirit with which altruistic patients like you sacrificed their time, wellbeing, and sometimes even their lives.”
– Ben Heywood, President and Co-founder, PatientsLikeMe (Signature #4473)

“Some issues transcend politics and this is one of those.  When you are sitting in a hospital trying to make a decision about yourself or a loved one, we believe you should not have to pay to access government-funded research results that could help you.  Science is not done for universities or for scientists; it is done to better our understanding of medicine and disease to help you the patient.  This research belongs to the public, to the patients who made it happen by volunteering and funding it with their tax dollars.”
–  Jamie Heywood, Co-founder, PatientsLikeMe (Signature #11646) 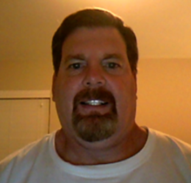 You may remember our interview with ALS advocate Debra Quinn from last fall.  Today, we’d like to introduce you to another ALS patient activist in our midst:  Tom Murphy, a PatientsLikeMe member since January 2011.  As part of the ALS Treat Us Now nonprofit group, Tom and several other ALS patients around the country have launched a petition on Change.org that’s gaining steam.  Their goal?  20,000 signatures.

Addressed to “corporate citizens, FDA executives and neurologists,” the petition asks that “compassionate use” drugs be made available to ALS patients now.  What this means is that Tom and the Treat Us Now group want promising Phase II drugs showing safety and efficacy to be made available to ALS patients prior to FDA approval.  The reason is simple. ALS patients, who face an average life expectancy of two to five years following diagnosis, don’t have time to wait.

Check out our interview with Tom to learn how he became part of ALS Treat Us Now and what two experimental drugs his group is focused on in particular.

1.  How did you get involved in the “Treat Us Now” movement?

The ALS community seems to be a very close-knit group of people who readily share information and collaborate openly.  This is often related to the objectives of spreading ALS awareness, accelerating new treatments for people with ALS, and most importantly, doing whatever we can to assist in the identification and development of a cure for this rare and terminal disease that has been with us for way too long without an effective treatment or hope for a cure.

Since being diagnosed with ALS in December 2010, I (and many others like myself) have developed a very extensive “network” within this community utilizing blogs, email, Facebook, Tumblr, Twitter, LinkedIn, PatientsLikeMe, ALS Therapy Development Institute (ALS TDI), the Muscular Dystrophy Association (MDA) and the ALS Association (ALSA) and other ALS-related internet sites.

This network included Ms. Sherron Greene from Kaplan, LA (whose brother Kendall was officially diagnosed in October 2010), who was working with the Treat Us Now group and reached out for my assistance with some research and ALS points of contact at various medical facilities involved in ALS clinical trials. I wanted to be part of this Treat Us Now team and the rest is history.

2.  What kind of response have you received to the petition so far?

As of 12:00 p.m. EST today, we’ve gotten 10,520 petition signatures.  I’d ask folks to please take the time to watch the complete video below about my friend Kendall Saltzman, and you will begin to understand much better the urgency of our fight regarding compassionate use drugs for people with ALS.

3.  Tell us about the two drugs – dexpramipexole and NP001 – mentioned in the petition.

Highly related to the Parkinson’s disease drug pramipexole (Mirapex), the neuro-protectant dexpramipexole (Empower) may slow ALS progression by keeping the power on in deteriorating motor nerves. Dexpramipexole is thought to maintain mitochondrial function in people with ALS by detoxifying reactive oxygen and nitrogen species.

In the Phase II study, ALS progressed 31% slower in patients taking 300mg of dexpramipexole daily compared to placebo.  It also appeared to be safe and well-tolerated.  The drug, now licensed to Biogen, is currently being tested at the Phase III stage in about 800 patients at 81 sites worldwide.  ALS TDI calls it “extremely promising.” 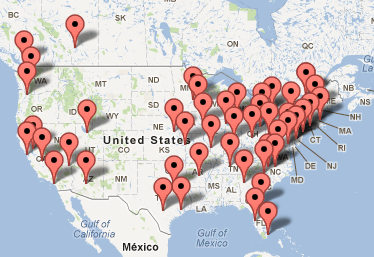 In May 2011, I was one of the first 10 ALS patients to be enrolled in the Phase III trial at the University of Virginia.  The FDA fast-tracked dexpramipexole in 2009 due to the need for a more effective treatment for ALS.  Initial Phase III results are expected in 2013.  (Learn more about dexpramipexole here.)

The experimental drug NP001, administered by intravenous injection, is still in the Phase II clinical trial stage.  NP001 may lower the levels of activated cytotoxic macrophages in people with ALS, thus reducing inflammation and further injury to the motor nerves.  The Phase II double-blind, randomized, placebo-controlled trial is ongoing at several US locations.  Unless an early usage allowance is granted, it may require an additional 5-7 years of testing.

Led by top ALS researcher Dr. Robert G. Miller of Forbes Norris MDA/ALS Research Center in San Francisco, this trial is notable as the scientific foundation of NP001 is extremely sound.  Andrew Gengos, CEO of Neuraltus, the manufacturer of NP001, says, “Our hope is that if we can reduce or eliminate the neuroinflammation, it will have a beneficial effect on the underlying progression of ALS.”  (Learn more about NP001 here.)

4.  Beyond signing the petition, what else can people do to become ALS activists?

Take part in the activities and initiatives of the ALS Association (ALSA), the Muscular Dystrophy Association (MDA), the ALS Therapy Development Institute (ALS TDI, founded by PatientsLikeMe’s Jamie Heywood) and Treat Us Now.

What does PatientsLikeMe think about compassionate use?  “Our society needs to rethink the balance of risk and reward to allow patients the right to pursue the treatments they believe can help them,” says Co-Founder and Chairman Jamie Heywood, whose brother Stephen died from ALS. “This is a complex problem with many balancing issues, but I believe that there needs to be a mechanism for those that consent and who understand the risks to pursue options they chose regardless of regulatory status. Those facing illness should not be denied the right to self-determine their own path to life, liberty and the pursuit of happiness.”