Earlier this month, we shared a video interview with PatientsLikeMe member Wayne Sticha, who founded the Ride for Dads in 2010 to raise awareness of prostate cancer.

Since September is National Prostate Cancer Awareness Month, we wanted to close out the month by sharing one of Wayne’s photos from 2012 Ride for Dads, which involved approximately 70 motorcycles, made five stops throughout Minnesota and generated $1,100 for the Prostate Cancer Foundation this summer.  PatientsLikeMe was proud to support this community event with a monetary donation and bright blue PatientsLikeMe t-shirts as part of our PatientsLikeMeInMotion program. 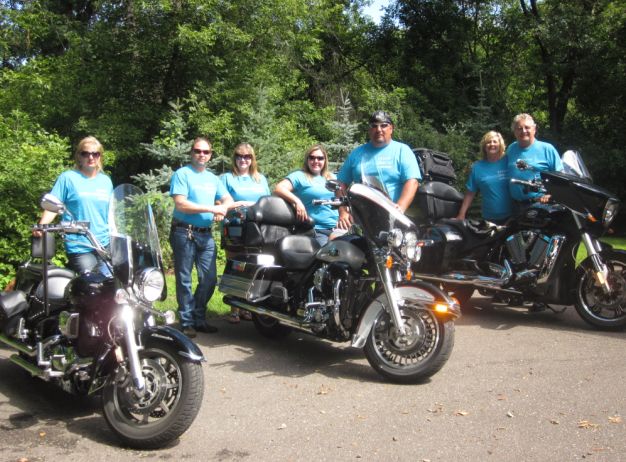 Thinking about organizing a team – or even founding an event like Wayne did?  Learn more about the PatientsLikeMeInMotion program today.

Snapping the Glove on Prostate Cancer Awareness: An Interview with Dan Hennessey

Canadian Dan Hennessey (Goalie at PatientsLikeMe) started out as a prostate cancer patient.  Today, following successful treatment, he is not only a prostate cancer survivor, but an author, speaker and activist in the prostate cancer awareness movement.  In honor of National Prostate Cancer Awareness Month, we’ve interviewed Dan to learn about his experience and find out what led him to dedicate his life to bringing more attention to the condition, which is diagnosed in more than 240,000 men in the US each year, according to the American Cancer Society. 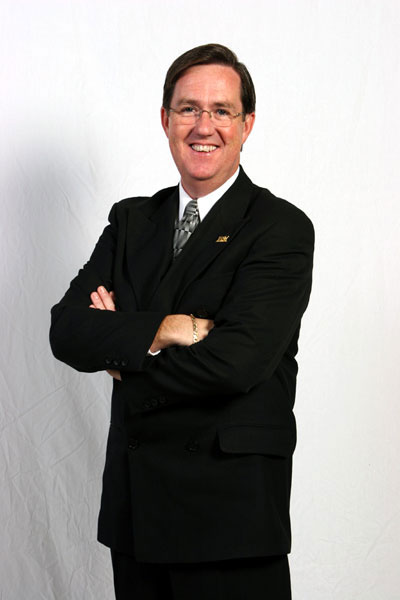 1.  Tell us about your four-year battle with prostate cancer.

It has been an incredible journey for me to go from an active 49-year-old who played at least three games of hockey a week, ran, played golf and was the father of a grown daughter and a little one that was just about to turn one year old, to a man that received the diagnosis that I had prostate cancer.

I had no idea what a prostate was and had also never ever taken the time to find out or ask my doctor to find out. This all changed when I changed doctors and the new one did not take no for an answer. He referred me to a urologist shortly after my first visit and within two months the diagnosis was delivered.

In March 2006, I underwent a radical prostatectomy and an additional 33 beam radiation treatments to ensure that nothing had moved outside the prostate. The recovery was far from normal because the day before I had my surgery on March 3, 2006, my mother was admitted with terminal lung cancer and sadly passed away three months later while I was still undergoing radiation. The day of my surgery my wife, who was pregnant with our second child, discovered the day of my surgery that she has lost the baby and delivered the devastating news to me in hospital. So as you can see, no recovery is normal because cancer has no conscience and does not care if life is good or bad or what you are going through.

2.  What led you to write your book?  And what kind of impact has it had?

Since the treatments have ended, life has returned to as normal as it can be with some changes. We have since had another daughter through in vitro fertilization (IVF) because of plans we made prior to my surgery, which now seems to have been a great decision. I also felt the need to write my thoughts down as a way of recovery, but the deeper I got into the telling of my story, I thought that reading what I went through might in fact help others so I decided to publish my little rant. 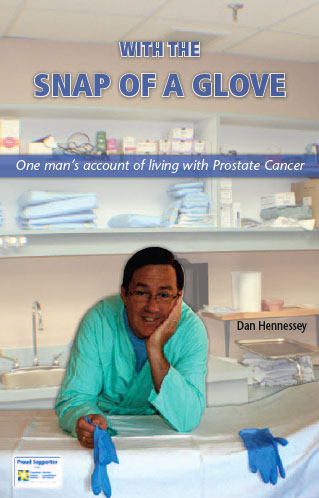 The book – entitled With the Snap of a Glove – is a mix of sad and happy and I have had people say that they have laughed and cried while reading my book. Humor, I have found while speaking about my experiences, allows people to become more at ease with the subject matter. I have delivered the message to medical students, prostate support groups and major pharmaceutical companies and have been told on a number of occasions that they have never laughed so hard at such a serious subject but have also gotten so much out of hearing me speak. The book has sold over 4,500 copies throughout Canada and the US and has even made it to the UK.

Since releasing the book in 2010, I have continued to be an advocate for men’s health when it comes to dealing with prostate cancer. I have spoken about the importance of awareness and how it is directly tied to early detection of prostate cancer.  I have also participated in a video that was developed by a major pharmaceutical company that was designed to help newly diagnosed prostate patients and has been very successful to date. You can view it at www.ihaveprostatecancer.ca. My image has also been added to a traveling photo exhibit that toured Canada in 2011 and early 2012, and was designed to bring attention to prostate cancer.

3.  You’ve created an awareness video focusing on fathers and daughters.  Why?

I have developed a new prostate cancer awareness campaign video that is now available. It is focused on young people and using their ability to raise awareness about prostate cancer by simply having a talk with someone in their lives. I hope this will take education and awareness to a new generation. If you have any questions or would like to discuss this in more detail please feel free to contact me.

My goal is to have as many families see this video as possible with the hope that it might even save one life. This is not a Canadian or US issue, it is a global men’s health issue and needs to be talked about. The video has been viewed thousands of times through the use of social media and will actually presented to a series of high schools during the month of November to coincide with the Movember campaign.

My objectives for the video have three levels. The first would be for one of the people seeing the video to take immediate action and go talk to a man in their life about what they know about prostate cancer and what they need to do. The second is to educate and empower a new generation that will keep this knowledge and it will grow with them. The third objective is that anytime you can encourage conversation between children and their parents, this is a good thing. I have been quoted as saying, “We as parents should listen to our children to find out what we have taught them.”

4.  You’ve been cancer-free for six years.  How often do you see the doctor now?

Today I am feeling very well, but again, never quite the same as I was.  But life only gives you what you can handle. I see my urologist once a year and everything is exactly where it should be. Family life and the need to advocate for awareness are the things that give me strength. I was asked one time if I wished that I had never gotten cancer. That is a hard question to answer. I would not be doing the things that I am doing now and hopefully making a difference if not for prostate cancer. If I had not held the hand of the woman that gave me life take her last breath, I probably would not be driven as hard to make a difference. There are days that I want to stand up and yell out that prostate cancer picked on the wrong guy when it picked on me. The story will continue!