As the seasons change, you may notice your Parkinson’s disease symptoms getting worse. You may be more sensitive to temperature, experience more fatigue, and movement may become slower. Though it’s not often talked about, extreme changes in weather can exacerbate symptoms.

Many patients with Parkinson’s disease report greater stiffness and pain during the winter months, along with more freezing and slowness. Others report that shivering from the cold makes their tremors worse. Falls related to Parkinson’s also often occur more often during freezing episodes.

The four main symptoms of Parkinson’s disease are tremor, rigidity, bradykinesia, and postural instability. But there are non-motor symptoms as well, such as fatigue, excessive daytime sleepiness, and cognitive changes.

Weather changes are difficult for many people, but they can be even more challenging for people with Parkinson’s. Since Parkinson’s affects the nervous system, which controls body temperature, patients can be more sensitive to heat and cold. In the winter, Parkinson’s patients may have a harder time feeling and staying warm. In the summer, extreme heat can make it difficult for the muscles to work properly. 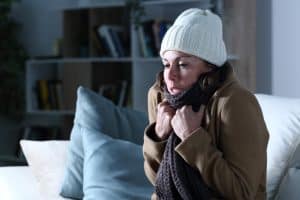 Research has found that the classic symptoms of Parkinson’s disease can be brought on through hypothermia. Accidental hypothermia, an unintentional drop in core body temperature to less than 95° F (35° C), is often serious in neurodegenerative diseases. There have been cases of accidental hypothermia in Parkinson’s patients, most of which occur during the winter and can occur despite a well-heated house.

The three groups were identical as far as disease onset and duration, as well as their stage on the Hoehn Yahr scale. They were also identical as far as gender and Levodopa equivalent dose. Levodopa (L-dopa) is a common medication used to treat the motor symptoms associated with Parkinson’s disease. 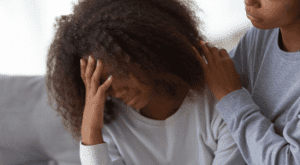 The researchers did not observe a change in depression scores across the different seasons. This may have been related to the use of the Hospital Anxiety and Depression Scale (HADS), which is used as a screening tool for depression and not a diagnostic tool. In Parkinson’s, the HADS is not recommended for scoring the severity of depressive symptoms. The researchers also noted that while depression is known to fluctuate in severity across seasons, depressed patients may be inclined to answer more negatively to all questions.

The fact that symptoms became worse in the winter months and were less pronounced in the summer months suggests a dysfunction of the suprachiasmatic nuclei (SCN), which is the body’s natural clock. The SCN is located in the hypothalamus and is the central pacemaker of the circadian timing system. It regulates most circadian rhythms in the body.

Researchers concluded that the changes in non-motor symptoms might be explained by altered circannual regulation in Parkinson’s disease. They recommended that seasonal variations in Parkinson’s symptoms be managed by daily care regimens, such as medication. However, the researchers noted that the study did not follow the same patients during the winter and summer months,

Not only do seasons affect the symptoms of Parkinson’s disease, but they also affect medications prescribed to treat Parkinson’s.

One study examined three elements of the weather and the impact on Parkinson’s disease symptoms and medications: temperature, ultraviolet light, and relative humidity. The researchers believed that weather might cause Parkinson’s patients to present with increased symptoms, leading to seasonal adjustments in levodopa equivalent dose (LED).

Researchers sourced data from the Pharmaceutical Benefits Scheme and Bureau of Meteorology in Australia using 23 years of monthly time. They found that the prescribed LED was 7.4% greater in January (summer) and 8% lower in July (winter). Statistical analysis of linear and non-linear models showed that temperature was associated with prescription of Parkinson’s medications; for every 1% increase in temperature, there was a 0.18% and 0.13% increase in LED dose respectively.

A 2007 study of 8,168 Parkinson’s patients across Canada examined and compared patterns of the seasonality of birth with the general Canadian population. The researchers also compared the number of patients born during major flu pandemics with the number of patients born in the surrounding years. The study did not find any evidence of systematic seasonal variation in Parkinson’s disease risk by birthdate or by clustering of birthdates during flu pandemics.

A 2010 study using data from the Nurses’ Health Study (NHS) and Health Professional Follow-up Study (HPFS) examined whether early life factors, including season of birth, affected Parkinson’s disease risk. Other factors that were examined were parental age at birth, birth weight, having been breastfed, handedness, preterm birth, and multiple births. The NHS followed 121,701 female nurses from 1976 to 2002, and the HPFS followed 51,529 male health professionals from 1986 to 2002.

Researchers found a modest association for the season of birth in NHS patients; women born during the summer months (June to August) had an 82% higher risk of Parkinson’s than women born during the winter (December to February). In a pooled analysis of both NHS and HPFS patients, there was a 30% higher risk of Parkinson’s associated with spring birth vs. winter birth.

There are other factors and environmental exposures, such as vitamin use or intrauterine viral exposure to flu, that may account for inconsistencies in the results of studies around the season of birth and Parkinson’s disease risk.

How to cope with seasonal changes

If your Parkinson’s disease symptoms get worse with the change of seasons, there are a couple of different ways you can cope. 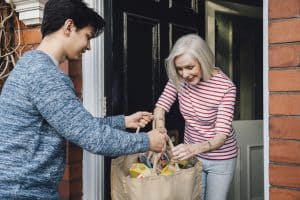 In the winter, try to stay as warm as possible. This might mean dressing in layers or using thermal underwear. You may want to use an electric blanket or reusable hot pack, just be careful not to burn yourself. Try to avoid going outside unless you absolutely need to. If you need groceries, you may be able to get them delivered, or you can ask a friend or family member to pick them up for you. If you’re running low on medication, see if your pharmacy offers home delivery and if they can give you a 90-day supply that will last you through the winter.

In the summer, you can manage your Parkinson’s symptoms by staying hydrated. You should also try to avoid any strenuous activity when it’s very hot outside. If you can, stay indoors between 11 am and 3 pm when the sun is at its hottest. If you do have to go out, try to stay in the shade to keep cool. You can also stay cool by wearing loose cotton clothing.

Managing your Parkinson’s disease can be challenging any time of the year, but extreme temperatures can make your symptoms much worse. At PatientsLikeMe, there are over 30,000 Parkinson’s patients who know what you’re going through. Join the conversation to connect with others who are like you and can support you through your illness.