Living with rheumatoid arthritis (RA) is more than joint pain. It’s a chronic pain, accompanied by many other symptoms, that often gets worse over time. Symptoms can come at inconvenient times without any warning which makes them difficult to manage. But what people think RA feels like and what it actually feels like are often two different things.

How does rheumatoid arthritis really feel?

Rheumatoid arthritis isn’t “just” arthritis. When you have RA, it affects your body or one part of your body and many aspects of life, like activities of daily living to relationships and ability to work. Because RA is an invisible disease, it can be hard for others to understand what you’re feeling when you are experiencing symptoms.

Here are some other symptoms you might feel with RA. 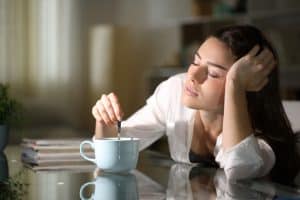 RA can zap your energy. Fatigue is one of the most common symptoms of RA; 40% to 80% of patients with RA will experience fatigue at some point. Fatigue is also one of the most frustrating symptoms of RA because it more than tiredness. It can leave you feeling completely worn out and drained of energy, even when you’re not doing anything physical. Sometimes it may feel like there isn’t enough sleep or coffee to help your fatigue.

Fatigue is frequently described as an overwhelming feeling of exhaustion, whole-body tiredness, or decreased mental and physical capacity.

People with RA often describe their fatigue as overwhelming, debilitating, or feeling “bone-tired.” The feeling of constant exhaustion can also leave people with RA feeling depressed, irritable, or anxious.

Some causes of fatigue include:

Interventions that may help improve fatigue in RA include:

Another frustrating symptom of RA is brain fog. While many people experience this type of fogginess at some point in their lives, patients with RA may experience it more frequently.

Although brain fog isn’t a medical term or diagnosis, doctors have known for a long time that chronic conditions like RA and multiple sclerosis can cause cognitive impairment. It’s unclear how many patients with RA experience brain fog, but a pair of small studies performed in 2002 and 2004 found that between 30% and 71% of RA patients performed poorly on various cognitive tests.

A study conducted by researchers at the University of California at San Francisco found that patients with RA often struggle with mental clarity and sharpness. Out of 115 participants, 31% scored poorly on four or more of 16 different measurements of cognitive ability. The study also found that patients who used corticosteroids and had risk factors for heart disease were the most likely to have cognitive dysfunction.

Other studies have suggested that the depression and anxiety that results from living with chronic pain can impair cognition. A 2010 Canadian experiment found that RA patients with high levels of pain did poorly on tests of executive function, a set of mental skills that include self-control, flexible thinking, and working memory.

There are a few ways patients with RA can cope with brain fog. These can include: 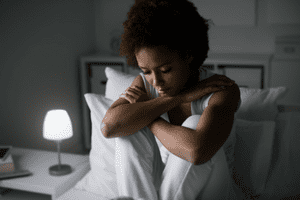 The psychological consequences of RA are just as prevalent as the physical symptoms. It is estimated that between 14% and 62% of RA patients also suffer from depression. There are a few causes of depression related to RA. One is that proinflammatory cytokines responsible for disrupting the serotonergic system aid in the development of depressive symptoms. Cytokines are proteins that control the growth and activity of other immune system cells and blood cells.

People with RA may also suffer from anxiety. Between 21% and 70% of RA patients experience anxiety. Some patients with RA may be worried about a relapse and the pain that accompanies it. That fear can escalate into a panic that causes the patient to avoid any situations where pain may be exacerbated.

People with RA sometimes experience itchy skin. This can be caused by the condition itself due to inflammation, or by other conditions that are commonly associated with RA like eczema. Certain medications can also cause itchiness. Because the causes of chronic itch aren’t well understood, it can be hard to determine why you’re feeling itchy.

For some people, non-steroidal anti-inflammatory drugs (NSAIDs) like ibuprofen can cause an itchy, measles-like rash. Biologic medications like Humira can also cause itchiness in some people with RA.

Some ways to prevent or reduce itchy skin with RA include:

You can also put an ice pack on the itchy area or apply anti-itch ointments with ingredients such as calamine or menthol.

Shortness of breath and other lung issues

If you are experiencing shortness of breath or suspect you have lung issues, you should see a healthcare provider right away. This can indicate an infection or another serious problem that requires immediate attention.

Although RA primarily affects the joints, it can sometimes cause lung issues. Interstitial lung disease, a broad category of lung disorders, is the most common and serious lung complication in patients with RA. A study published in the journal Rheumatology International found that 47% to 67% of RA patients have lung problems.

Long-term inflammation can cause scarring in the lungs and the buildup of scar tissue can cause the lung tissue to become stiff. This can lead to shortness of breath, chest pain, or a persistent cough.

This symptom is especially important to pay attention to. By the time these signs appear, irreversible lung damage has often already occurred.

Living with rheumatoid arthritis can impact your psychological well-being. Many people with RA and other chronic illnesses feel socially isolated or lonely. Sometimes it means dealing with your symptoms in silence while trying to enjoy a night out with friends. It can also mean having to turn down invitations because of pain or fatigue from the illness.

For some patients with RA, it can be difficult to disclose that they are feeling lonely. It might feel like it is “taboo” to talk about, even with close friends and family. Other patients may feel like they are excluded from social activities because of their illness.

Although it may be difficult, talking to your loved ones about how you feel can help reduce your feelings of isolation and loneliness. It can also be beneficial to ask for help when you need it. But it isn’t just up to patients to name and manage their loneliness; the Danish study noted that healthcare practitioners should take responsibility for legitimizing feelings of loneliness in patients with RA in order to help treat and manage it. 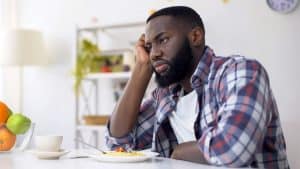 Loss of appetite with RA can lead to unintentional weight loss, but weight loss can also be caused by RA itself. If you are unable to eat or losing too much weight without meaning to, it’s important to consult with your doctor to determine the cause and determine the right course of action.

Feeling older than your age

RA can happen at any age, and an unexpected symptom of the disease is some people report is feeling older than their age. Patients in their 20s and 30s may feel like their RA is aging them prematurely. For some, this might mean having to adjust certain aspects of their lifestyle such as diet, exercise, and sleep. For others, the feeling of being older than their age is related to joint pain and stiffness.

Studies have also found that people with RA seem to age faster than people without the disease.

A Mayo Clinic study examined the medical records of 755 people who had been diagnosed with RA between 1955 and 2008. The researchers found that patients with RA are about two years older than their actual age at the time of their diagnosis and continue to age at an accelerated rate. The study found that for every 10 calendar years they age, an RA patient will effectively age 11.4 years.

If you’re struggling with your RA symptoms, know that you’re not alone. There is an entire community of patients with RA at PatientsLikeMe who know how you’re feeling. Join them today to learn how they are managing the everyday reality of RA.