Celebrities have it all – status, wealth, power, resources, luck – or so we think. From the outside, they don’t appear to struggle with mental or emotional health and seemingly have it all together. But looks can be deceiving. Celebrities have real feelings and mental health issues that interfere with daily living. On the inside, celebrities are just like everyone else.

Until recently, it was taboo for anyone to speak up about personal mental health issues for fear of judgement and ridicule. But the stigma of depression has slowly lifted as celebrities have bravely opened up about their stories and use their platform as a means to advocate for mental health.

The truth is depression doesn’t discriminate. More than 264 million people suffer from depression worldwide, ranking it as the leading cause of disability in the world.

Major depressive disorder is described as experiencing a depressed mood or loss of interest in daily activities, coupled with problems sleeping, change in appetite, poor concentration, altered energy levels, isolation, and feelings of low self-worth for at least two weeks.

While there isn’t a simple cure-all for depression, the healing journey begins when we start to honestly and openly share about our battles with mental illness.

In an interview earlier this year, Bell’s anxiety and depression came in waves during the COVID-19 pandemic. Now 41, she has experienced anxiety and depression since 18, experiencing symptoms like “feeling terrible and exhausted every day” and like there was “a generalized dark cloud over me”. Wanting to change her narrative, Bell confided in her mother about her struggle and has openly spoken about a few things that have helped her overcome her depression, including medication, exercise and meditation. 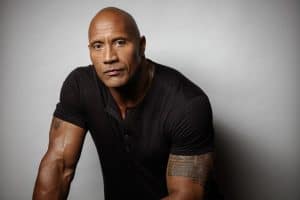 Dwayne first started experiencing symptoms of depression at age 18, shortly after his mother attempted suicide.  After a series of injuries, Johnson dropped out of college during his first semester. For Johnson, finding his inner strength and sharing his story to show others they aren’t alone in their pain, enabled him to pick himself back up and continue onto a path of success.

“I suffer from depression,” Clarkson told Demi Lovato, another celebrity who publicly shares about her mental illness, on an episode of The Kelly Clarkson Show. While Clarkson knows she isn’t alone in her battle against depression, she admits that some days are more difficult than others and that it “takes work”.

Positivity and the willingness to overcome adversity is a daily effort, it’s something that she works at daily.

Celebrities and super heroes alike have dark days. Better known as Captain America, the Marvel star initially turned down the role because it led to a heavy deal of pressure associated with the success, or lack thereof, with the movies.

Evans sought help from a therapist to address his anxiety and depression that has followed him since his early 20’s.  After taking some mental health time, he accepted the role and continues to practice meditation daily to help maintain his mental wellbeing. 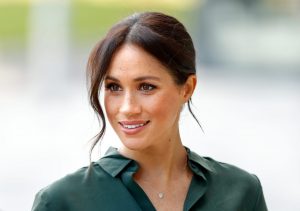 During an interview with Oprah Winfrey, the Dutchess of Sussex opened up about her “clear and real and frightening and constant” thoughts of suicide while pregnant with her son Archie.  She admits that her attempts to get help were rejected, which is what inspires her to share her story.

For Markle, the biggest help in overcoming her depressive episode was using her voice and understanding that she’s not alone in her illness.

This comedian and actor’s battle with depression was no laughing matter. His humor was an attempt for attention from an ill mother and uninvolved father that led him to years of depression, among other mental health disorders.

While Carrey was on and off medication for years, he changed his perspective about the illness and found an alternative way to overcome it; spirituality. He describes depression as “ the body’s way of saying, I don’t want to be this character anymore… the world is too much for me”. And the best way to heal being depressed is through ‘deep rest’. For Carrey, finding deep rest through spirituality was the break he needed to break through.

The hardest part for her was acknowledging the problem and recognizing that depression has different shades and depths. Depression looks different from everyone, which is why it’s important to talk about. 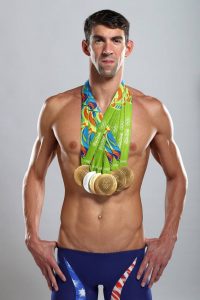 Even 23 time gold medalist Michael Phelps has battled his fair share of depression. He first opened up about his experience in the Talkspace Conference: Mental Health and Young Americans. During his testimony, he revealed he sought help in October 2014 after spending five straight days in his room contemplating suicide.

“I’m constantly learning, and I’m constantly struggling,” he admitted, “I struggle more than people know. I just need to be prepared to handle it”.

In the beginning, Phelps hated therapy, but it ended up saving his life and giving him the tools to handle it [depression]. Two of these tools include getting his workout in early, before his children wake up, and reciting positive affirmations.

No matter what depression may look like for you, know you are not alone. More than 63,000 PatientsLikeMe members have major depressive disorder.

Join the conversation today and find the support you need to overcome your depression.