A heart attack is unmistakable, right?  Not exactly.  And especially not if you’re a woman.

We kicked off February by recognizing National Wear Red Day and sharing a hilarious video created by actress Elizabeth Banks for American Heart Month.  In the short piece, a harried working mother begins having strange symptoms one morning, including tightness of the jaw, dizziness, nausea, shortness of breath, muscle pain and pressure on her chest.  Despite all of this, she remains more concerned about getting her husband and kids off to work and school, respectively.  Her son is the only one to recognize what’s going on, saying “Mom!  I think you’re having a heart attack.”

Part of 2012 Heart Month message is that the warning signs of a heart attack for women can be different than for men.  Unlike the stereotypical image of a man clutching his chest and falling down, heart attacks may appear less dramatic in women.  For example, a woman can experience a heart attack without severe chest pressure (“an elephant sitting on my chest”).  Also, women are somewhat more likely than men to report more subtle symptoms such as back or jaw pain, shortness of breath and nausea/vomiting.  The danger is that even when the signs are subtle, the consequences can be deadly.

Would you be shocked to have a heart attack?  That’s what many women report – that they never thought it could happen to them.  As a result, they assume their discomfort must be something more routine like the flu, acid reflux or normal aging.  They also may downplay it in order to put their family’s needs first.  Don’t make this mistake.  A heart attack strikes someone every 34 seconds, and heart disease is the number one killer of women.  So if you think you or someone you love might be having a heart attack – even if the symptoms are subtle – don’t wait more than five minutes before calling 911.

Beyond knowing the warning signs, a little prevention (such as quitting smoking or walking just 30 minutes a day) goes a long way.  Learn your heart attack risk – as well as how you can lower it – with the American Heart Association’s Risk Calculator.

Are You Decked Out in Red Today?

We are!  Check out the PatientsLikeMe team members who donned red items (everything from ties to scarves to dresses) in support of National Wear Red Day.  Here’s to increasing awareness of heart disease – the number one killer of women – in 2012. 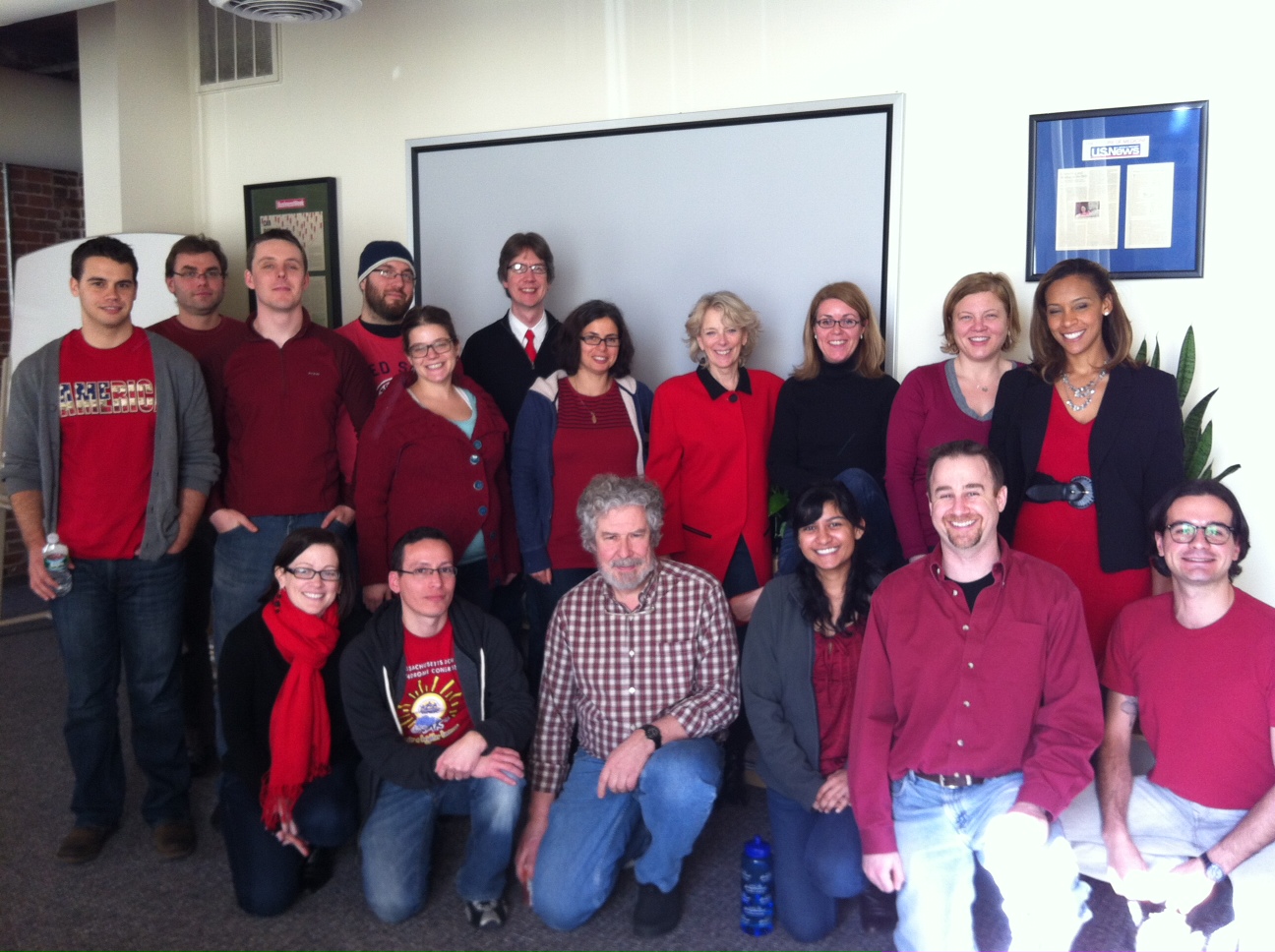 Stay tuned for more about cardiovascular health throughout February, which is Heart Month.  That means it’s time to not just draw and cut out heart shapes for your Valentine – but to think about the organ that pumps our blood and keeps us alive.