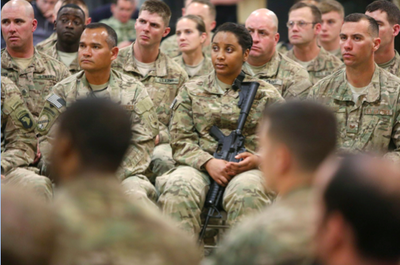 Right now, there are almost 22 million American veterans living in the United States, and every one of them has a story to tell. So today, we’re honoring their service by raising awareness for life after the military.

Like many others who are living with chronic conditions, the injuries our military men and women sustain are not always visible. Thousands of veterans are affected by post-traumatic stress disorder (PTSD), 30,000 have been diagnosed with a traumatic brain injury (TBI) since 2000 and many others are living with depression. Sometimes their symptoms don’t even manifest until many years after their service.

These eye-opening statistics are why we’ve recently announced a new multi-year collaboration with One Mind to help the millions of people worldwide who are experiencing post-traumatic stress traumatic brain injury, or both. We’ll work together to expand and enhance the PatientsLikeMe online registry experience for people with these conditions, to provide better resources for day-to-day living, and to capture more patient-reported data for research.

If you’re looking to learn more about US veterans, head to your nearest book store and grab a copy of “For Love of Country,” Howard Schultz’s and Rajiv Chandrasekaran’s new book (just released on November 4). Check out the video synopsis below:

There’s also the Concert for Valor today – it’s a free live event that is being organized on the National Mall in Washington, D.C. for veteran’s awareness. If you can’t make it in person, tune in on iHeartRADIO.

If you’re a veteran living with PTS or TBI, you can find others and connect to people who understand what you’re going through on PatientsLikeMe. There are more than 4,000 of members in the Veterans Forum, and every day, veterans are learning more about their health and the best ways to cope. Share a bond, and live better, together.