Join Us Next Week at the Bubbly Bub & Grub

Are you a Boston-area Ruby programmer or Ruby on Rails developer?  An open source software enthusiast?  Or someone who just likes to hang out with the techie folks?

PatientsLikeMe is a proud sponsor of the Boston Ruby Group’s upcoming social event, the cheekily named Bubbly Bub & Grub at a Pub in the Hub Club, which takes place Tuesday, July 24th, at 6:30 p.m.  If the name alone doesn’t get you there, how about the chance to schmooze, eat and drink with “the finest Rubyists this side of the Mississippi”? 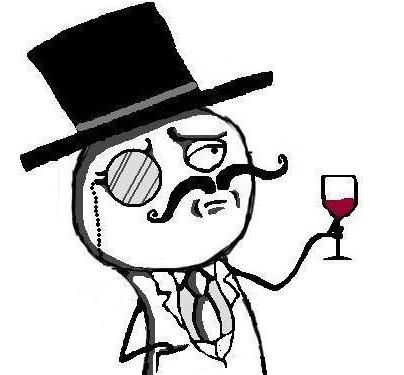 The Boston Ruby Group is known for their regular presentation nights (one or two 45-minute presentations, lightning talks and announcements) and project nights (where programmers get together and write code). This particular event, however, is all about meeting people and having fun.  Anyone, whether a “Rubyist” or not, is welcome.

If you’re in the Boston area, come by, say hello and pick up some PatientsLikeMe swag.  Other sponsors who will be handing out goodies and addressing the crowd include ZipCar, Terrible Labs, Iora Health, DockYard and thoughtbot.

The PatientsLikeMe engineering team is excited to highlight some of the work that went on behind the scenes in 2010 to make this site what it is today.  We tend to write more specifically about our work on a separate blog (http://tech.patientslikeme.com), so feel free to follow our work there as well.

In addition to building the new site features you see (discussed in other blog posts), our team of engineers work tirelessly to continuously improve the site for you.  Here are some highlights of the work they’ve done in 2010:

The Team
Early in 2010, Co-Founder Jeff Cole moved over to our data operations team where he now leads the way in analyzing the data you share.  In leading the engineering team this year, I’m thrilled to report that we accomplished one of our top goals – to grow the team without detracting from the culture that makes us great.  With 13 team members and growing, we closed out 2010 with a larger team than we had in 2009 and have maintained the high caliber of engineers by refining our hiring process during the year (see the PatientsLikeMe Tech blog for more details).  We pride ourselves on hiring the best of the best Ruby on Rails engineers; Ruby is an open-source framework that lets you write beautiful code and share it with other engineers to learn and improve.

The Process
To make the site run smoothly for 80,000+ members, we need to have a solid set of processes.  This year, we used a set of processes called “Scrum,” an iterative methodology used for agile software engineering.  Here’s a peek at what happens behind the scenes to help make changes to the site more efficient and seamless to you:

Here are a few of the engineering improvements we have in mind for 2011:

While we’re excited about our accomplishments in 2010, we promise to continue making improvements to the site in the coming year to help you make the most out of the sharing you do through our site.  Here’s to a faster, stronger, better platform in 2011.