Taking Psoriasis Treatment to the Next Level: An Interview with Dermatologist Dr. Jerry Bagel

A nationally recognized psoriasis expert, Dr. Jerry Bagel, MD, has been an investigator on more than 45 clinical trials seeking new treatments for psoriasis and other skin conditions.  In addition to treating patients at his private dermatology practice in East Windsor, New Jersey, Dr. Bagel serves as Senior Attending Physician at the Princeton University Medical Center and Director of the Psoriasis Treatment Center of Central New Jersey.   He is also a three-term member of the National Psoriasis Foundation’s Medical Advisory Board.  What investigational treatment for psoriasis is he currently studying?  And what does he wish more psoriasis patients knew?  Check out our insightful interview below.

1. What led you to focus your research on psoriasis?

I started studying psoriasis when I was resident at Columbia-Presbyterian in 1982-1985. At that time I would spend six months on in-patient service with 30 hospitalized psoriatic patients who would stay in for treatment for a month.   And I realized the burden of disease – the psychological, emotional and physical impact of this disease on people.

So when I opened up my private practice in 1985, I decided that psoriasis treatment and care of psoriasis patients would be a major part of my professional career and so I started seeing a lot people with psoriasis.  I started doing research in 1992 and then just kept working with pharmaceutical companies and developing our own protocols for research into the treatment of psoriasis, trying to find better treatments, safer treatments, more effective treatments.

2. Tell us about some of your most recent clinical trial findings.

The most recent clinical trial I’m doing as of today is IL-17 receptor antibodies with Amgen that is remarkable, using subcutaneous injections once every other week.   People are getting clear within 2-4 weeks, so it’s really a quite effective treatment.  I mean, obviously we don’t know [everything yet], but so far it’s been good at our facility, and the data I’ve read about it seems to be pretty good.  So I think it could take the treatment of psoriasis to another level in the sense that over half the people will probably clear and probably 85% will have a very effective level of clearing.  So it’s going to take it to another level of clearing given what existed before.

3. Speaking of what existed before, what current treatments are most effective in your experience?

Well, we still use phototherapy, but people have to come in three times a week for about 12 weeks. It works about 75% of the time, but people only stay clear for about six months maybe 75% of the time.  So in the end it only works well for about 50% of the people.  But it’s totally safe, so therefore the benefit ratio is high.  We also do all the biologic agents, like Enbrel and Humira and Stelara, and they’re quite effective treatments.

4. Do you have any dietary recommendations for psoriasis patients?

I think diet helps, but I don’t think diet necessarily clears psoriasis for very many people, if any.  But we know that psoriasis is associated with the metabolic syndrome, and many patients are obese and have diabetes, which are inflammatory triggers.  I think patients that eat a low-inflammatory diet – with more fish like mackerel, salmon or anchovies, and less red meat – tend to be better.  Staying away from fatty foods like animal fats, and eating more vegetable fats like nuts, tends to be helpful.  Also, I do think that weight loss tends to help people with psoriasis.  The other culprit is alcohol.  Alcohol is not good for people with psoriasis.

5. What is something you wish more psoriasis patients knew?

I wish more psoriasis patients knew that there are physicians providing effective care for psoriasis.  For instance, today I had a young woman who was 23 years old.  She came into my office with psoriasis covering about 20% of her body.  She’d been to three dermatologists before me, and two of them told her there was nothing they could do about it, and she should learn to live with it.  So I wish there was more education for people with psoriasis to know there are dermatologists or psoriasis caregivers who are interested in the treatment of psoriasis – and a better way of connecting people with psoriasis with the physicians interested in treating psoriasis.

It’s no secret that being overweight comes with health risks like diabetes, high blood pressure, high cholesterol, stroke and heart attack. After a new study, researchers from Northwestern University School of Medicine in Chicago are closer to adding psoriasis to the list. However, the study did not conclude if psoriasis influences obesity or visa versa. It’s still a bit like asking, ‘What came first, the chicken or the egg?’ Here are the facts of the study: 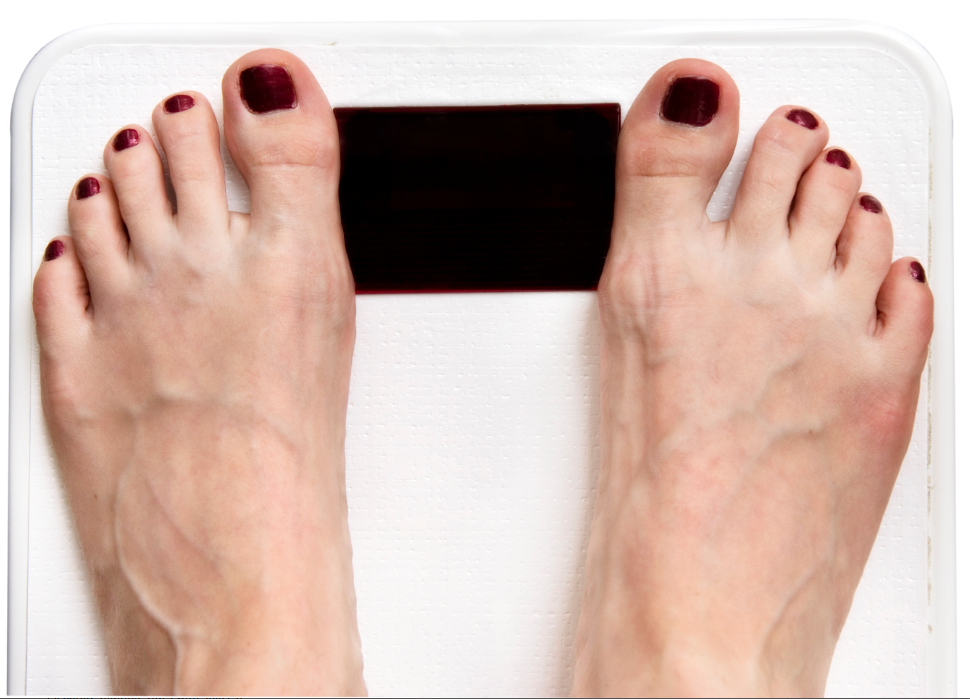 According to Dr. Amy S. Paller, Chair of Dermatology at Northwestern Medicine, “one-third of all psoriasis cases start in childhood.” If there is a metabolic link between the two conditions, having a healthy lifestyle earlier on could prove important to managing not only weight and cardiovascular health, but psoriasis as well.

What are your thoughts on this? Add your voice to the forum thread that your Community Moderator Molly started.  Join the conversation.

You can find the entire text of the study here.