The ‘something’ that helps you forget

If you’re living with a life changing condition, it’s sometimes hard to take your mind off it. We become consumed by medications, side effects, symptoms and everyday living. But every once in a while, we find something that can take our minds somewhere else. And for a time, no matter how brief, all those worries just drift away. For your fellow PatientsLikeMe community member Parkinson Pete, that ‘something’ is music.

“I have been absorbed in my music project…I realized being that absorbed I really, for the first time in years, forgot that I have PD.” -Parkinson Pete

Parkinson Pete was diagnosed with Parkinson’s Disease (PD) back in July of 2008 and he joined PatientsLikeMe shortly after. Just this past February, he started a forum thread (I have found a way to reduce PD- do something else) talking about his new music project and posting some of his great recordings for all to hear. 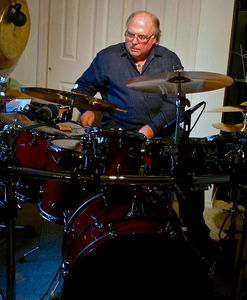 What happened next was quite simply…awesome. Parkinson Pete was playing every instrument in his recordings except the drums. So fellow community member Shawden offered up his skills as a drummer. And the duo was formed!

Probably the coolest part of it all is that one lives in Washington, the other in California. Parkinson Pete records the guitar and vocals, and then sends it over to Shawden to add in the drums. Their songs are posted up on YouTube and they share them in the PD Forum. Don’t forget to check out the duo’s latest hits. Two talented people discovered and share their love for music on PatientsLikeMe, and aren’t letting PD get in the way. Can’t wait for their next post.

We’ve got more of the patient voice taking us into the weekend. Today we have an interview with AlwaysLearning, a 3-star member of our Parkinson’s Disease Community. We caught up with AlwaysLearning at the 2010 Parkinson’s Disease Unity Walk last spring. She shared with us how she learned about her diagnosis and some of the changes she has made in her life to help her manage her Parkinson’s. Although she’s “always learning,” this member also always jumps at the opportunity to share. Enjoy the video and have a great weekend!