How do we know we’re truly living in a Health 2.0 age?  Recently, we’ve discovered that a number of PatientsLikeMe members have fascinating blogs chronicling what it’s like to live with their respective health conditions. For example, we told you in August about the acclaimed gastroparesis blog “My Broken Stomach,” written by one of our members, Mollee Sullivan, and last month, we spotlighted diabetes patient Michael Burke’s blog “Life on the T List,” which shares his experiences before and after a kidney transplant. 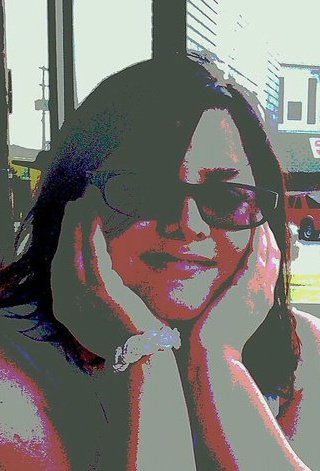 As a result of this growing trend, we’ve decided to begin a blog series featuring some of the other amazing bloggers that are part of the PatientsLikeMe community.  To start things off, we’d like to share our interview with Andrea, a three-star member who started a candid blog about life with bipolar I disorder earlier this year called “Lithium and Lamictal.”  (The title refers to the two treatments she’s found that work best for her.)  Tune in below to find out why she began blogging and what she hopes to achieve.

1.  Why did you decide to start blogging about bipolar disorder?

I decided to start blogging about bipolar disorder after 21 years of living with this health condition. I was diagnosed with manic depression (now referred to as bipolar disorder) in 1989, and the main reason I bought my first computer in 1997 was so that I could try to connect with other patients and research bipolar disorder using the World Wide Web. I just knew there had to be more information out there than what I had gotten from my psychiatrists and the few pamphlets and books I had read before everyday people began using the Internet for research.

I’m still trying to learn as much as I can about bipolar disorder and health and wellness. I have always been interested in finding information about how people are living day-to-day with the condition. When I decided to start my blog, I wanted to give readers a view into my life so that I could provide an example of someone who is trying to do her best to manage the condition. I hope that my blog will inspire others to take charge of their physical and mental health, and also to remain hopeful and positive.

2.  Your blog is called “Lithium and Lamictal.”  How long did it take to find this treatment combination, and what difference did that make in your life?

When I was first diagnosed with manic depression in 1989, I was given lithium as a monotherapy. It prevented mania, but I still got depressed and I just had to deal with it because psychiatrists wouldn’t prescribe antidepressants since I had a history of severe manias and psychotic breaks. I think it was 2001 when my then-psychiatrist recommended that I try Lamictal at a time when I had been stable for a while. I took it and I didn’t get depressed for a few years, but I did have some unpleasant side effects, so I discontinued it and eventually experienced a serious depression.

Last year, when I was going through another serious depression, my new psychiatrist suggested that I try Lamictal again. After several months, my depression lifted, and after reflecting on my experiences with the medication, I realized that while Lamictal wasn’t great at relieving my depression, it definitely seemed to prevent my depression. At this point, I plan to take it indefinitely. I am taking a lower dose than with my old psychiatrist, and I also take medication and supplements to counteract the side effects. So now I take lithium and Lamictal and feel healthier than ever. All things considered, they are the best medications I have tried with the fewest side effects. Together they prevent mania and depression, and I hope I’ve found a combination of medications that will work for me for years to come.

3.  What have you gotten out of being a member of PatientsLikeMe?

I really like tracking all of my health conditions and medications as well as exercise and sleep. It’s a good way of figuring out what is working and what isn’t. It’s also a reminder that I need to continue to take good care of myself, and it lets me know when I am slipping and need to get back on track. My psychiatrist likes it when I bring the charts to my appointments. She has also started asking me to bring my blog posts.  The [PatientLikeMe] forums are a good way to learn from other patients about what is working for them. I post my new blog posts in the forum in the hope that they might help or inspire people.

4.  Your username at PatientsLikeMe is Yoga Lover.  What role does yoga play in your self care?

I was taking yoga from a great yoga instructor when I chose my username. Yoga is excellent for increasing strength, flexibility, relaxation, learning about mindfulness, and more. Not every yoga instructor focuses on spirituality, but mine did. We had candles burning, dim lighting, a picture of B.K.S. Iyengar and houseplants in the studio. We also had short discussions before class that everyone was encouraged to participate in.

Later in the class, as we went through the poses, he would talk to us about things we should be focusing on. Something that helped me the most was when he explained that just as a stomach digests, a mind thinks. The thoughts aren’t that important. We can decide who we are and what we want to do regardless of our thoughts. We don’t need to be embarrassed about our thoughts or judgmental of them, we just need to observe them.  He recommended reading the book Light on Yoga Sutras of Patanjali, by B.K.S Iyengar, which I did. If you are interested in yoga, I would recommend it highly.

Because of financial considerations, I stopped attending that yoga class and joined my local YMCA. I take a spinning class three times a week and walk on the off days, as well as doing some swimming and strength training. I’m not going to a yoga class currently, but I still focus on things I learned in yoga about breathing, meditation, relaxation and mindfulness.