How Social Media Is Changing Research (Part I): A Guest Post by MS Clinical Trial Participant and Blogger Jeri Burtchell 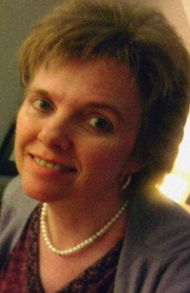 CAMBRIDGE, MA – November 3, 2011 – In the second report of a series on Multiple Sclerosis (MS) disease modifying therapies (DMTs), PatientsLikeMe reveals that MS patients perceive Copaxone as having comparable efficacy and tolerability profiles to the interferon therapies Avonex and Rebif.  However, all three medications are perceived as trailing in efficacy and tolerability to Gilenya, Tysabri and Betaseron.  In the report’s analysis of 3,200+ patient conversations about MS DMTs from January-June this year, PatientsLikeMe also finds that Copaxone is perceived as safer than other MS DMTs. 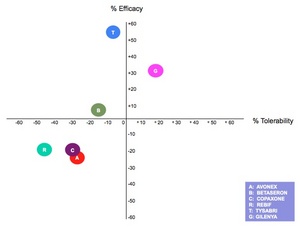 “Patients’ sharing of their Copaxone experience may adversely affect its demand as a first line therapy since patients are becoming more influential in their treatment decisions,” says David S. Williams III, Chief Marketing Officer at PatientsLikeMe. “What has become clear through these reports is that real-world evidence will have a major impact on relative pricing for MS DMTs and play an increasingly important role in access decisions.”

This 46-page report – entitled “Does Copaxone patient experience in the real world justify its value?” – quantitatively and qualitatively analyzes 4,100+ MS patients with experience using Copaxone.  Other report sections include:

Note to Editor:  All data cited from this report must be sourced as originating from PatientsLikeMe®

PatientsLikeMe® (www.patientslikeme.com) is the world’s leading online health data sharing platform. PatientsLikeMe® creates new knowledge by charting the real-world course of disease through the shared experiences of patients. While patients interact to help improve their outcomes, the data they provide helps researchers learn how these diseases act in the real world and accelerate the discovery of new, more effective treatments. [Follow company news on www.twitter.com/PatientsLikeMe and https://blog.patientslikeme.com]