PatientsLikeMe Exhibits at the American Academy of Dermatology Summer Meeting

As you know from our recent blog post, August is Psoriasis Awareness Month, and the psoriasis community at PatientsLikeMe has nearly 2,000 members. It’s only fitting that PatientsLikeMe spent last week connecting with others focused on skin health at the American Academy of Dermatology (AAD) Summer Academy Meeting, an annual educational event for dermatology-focused medical professionals. Held at the Hynes Convention Center here in Boston from August 15-19th, the conference hosted over 1,350 healthcare providers and featured more than 140 exhibitors, including PatientsLikeMe.

If you happened to be at the event and ventured by our booth, you would have seen the friendly faces of PatientsLikeMe employees Sally Okun, Lori Scanlon, Chris Fidyk, Marcy Fitz-Randolph and Sebastiaan Foppema, who spent time chatting with dermatologists and giving them information about the 5,000+ patients with a range of skin conditions at PatientsLikeMe. The team received a lot of positive feedback from providers about the site, as well as specific features such as our Doctor Visit Sheet. Sally, who oversees heath data integrity at PatientsLikeMe, even added a new condition, confluent and reticulated papillomatosis (CARP), to the PatientsLikeMe system in real time after speaking with a provider who specializes in that condition.. 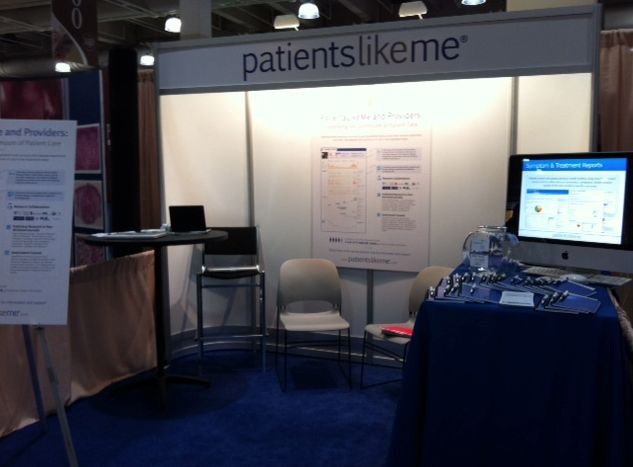 In the near future, we’ll be revealing results from a new patient survey aimed at uncovering the emotional and physical effects of psoriasis, a chronic autoimmune condition. Keep your eyes out for an in-depth post with those results!