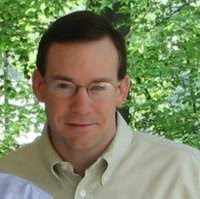 As we’ve discussed in recent blog posts, November is American Diabetes Month.  To help you learn about diabetes from a patient’s point of view, we interviewed Michael Burke, a PatientsLikeMe member who writes “Life on the T List”, a blog about his life as a diabetic before and after a kidney transplant.

But as you’ll soon see, Michael’s life as a diabetic was first influenced by that of another diabetic – his older sister Linda. (He himself was not diagnosed until he was a teenager, more than 10 years after Linda’s diagnosis.)  Below is Michael’s chronicle of her lifelong struggle with type 1 diabetes, and next week we’ll share his own journey, including his June 2011 kidney transplant. Don’t miss this moving story of a family profoundly affected by diabetes.

Tell us about your older sister Linda.

I didn’t realize it early on, but for Linda, and many diabetics during that time [the 1970s-1980s], staying in control of diabetes was very difficult.  Daily testing was very rudimentary compared to testing today.  Testing back then relied mostly on urine dip sticks and trying to determine what color the test strip was and then compared that to color chart on the bottle.  When the glucose meter was finally introduced, it was as if you could hear a collective sigh of relief from all diabetics.

Linda struggled with her diabetes through much of her childhood and into high school, and then when she was finally in college, it was really taking a toll on her.  Ever since being a child, Linda had a dream of becoming a nurse, perhaps because of the care she received from nurses growing up when she was at the doctor’s office or in the hospital.

If there was one thing that I have always taken from Linda, it is her determination.  She never once wanted to let diabetes control who she was.  While in nursing school at Simmons College in Boston, Linda began to lose her eyesight due to diabetes, among experiencing other complications such as the onset of kidney disease.  But she was not about to let this stand in her way of becoming a nurse.  In fact, [my brother] Tommy and I would go through her nursing books with her and help her study when she was having difficulty seeing the pages. 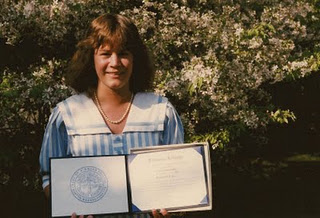 A friend of our family who worked in the ophthalmologic division of Johnson & Johnson at the time told my parents of a retina specialist in Boston that may be able to help Linda.  The doctor was Dr. Edward Ryan.  Dr. Ryan and Linda had a great doctor/patient relationship.  He took a special interest in Linda’s case.  He began using laser surgery on Linda.  All I remember from those treatments was Linda screaming in pain.  The procedure has changed some since then, because I have had it done and it was not painful, probably due to the anesthetic.  Needless to say, Linda and the rest of our family credited Dr. Ryan with saving Linda’s sight – to the point that she was able to graduate nursing school and become a nurse at Children’s Hospital in Boston.

One of the areas many people don’t realize that diabetes affects is your heart.  In 1989, at the age of 24, Linda’s body couldn’t take the constant pounding diabetes was giving her, and, on March 14th, she passed away from underlying heart disease brought on by diabetes.

Be on the lookout for Part II of Michael’s interview next week.

1 thought on “Remembering My Sister Linda: An Interview with Diabetes Patient Michael Burke (Part I)”