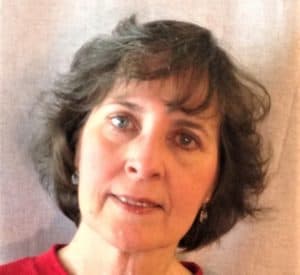 Before Trisha Bordelon, a 69-year-old PatientsLikeMe (PLM) user from Springfield, Missouri, officially received any diagnosis, she was guilty of what many of us in her shoes would do – spend hours going down a rabbit hole of internet searches to try and figure out what was going on with her health. She had it in the back of her mind that her symptoms were aligning with Multiple Sclerosis (MS). However, even after seeing multiple doctors, her diagnosis was still unclear, and Trisha became more and more frustrated.

One of the first symptoms she remembers was constantly losing her balance and bumping into the walls in her home. While her doctor was blaming this on the steroids she was taking, the symptoms continued even once she stopped taking the medication. It really never occurred to Trisha that something was really wrong with her until she experienced optic neuritis – twice. She was finally referred to a neurologist for scans. Still, she was frustrated she had no answers and was trying to figure out what was going on with her body.

From what started with her first symptom in 1989, she experienced a double vision attack when driving to work one morning, which ultimately led to her final diagnosis of MS in 2006, then Chronic Kidney Disease in 2019. After the initial shock of discovering that she had a life-long chronic disease set in, she was relieved she could now gather information and move forward.

In November 2015, Trisha stumbled upon PLM through an internet search that ended up changing her life. She has low Immunoglobulin G (IgG) levels, which isn’t very common, so not a lot of resources are available. As Trisha reflects on her early days in the PLM community, she’ll never forget the impact one user had on her. She gave Trisha the information she needed to join a private society for support, suggested questions to ask her doctor, and tips to take care and stay healthy. As the years have passed, a few forums within the PLM platform have become almost like a virtual family for Trisha. Whether chatting about life or specific questions around medications or other related issues, it’s important to find that sense of community.

“I had a great experience with the MS community and tools available on PatientsLikeMe. If you don’t have a good attitude, you can get really down in a funk. Even just the act of clicking the smiley face when using the “Daily Me” tool, even if I am struggling, can sometimes change my outlook on the day.

There were a few women that were always there if I had questions because they had already been through what I was currently experiencing. You can read through online resources all day, but it will never be the same as hearing from someone else who has that shared experience in a diagnosis.”

Life Goes On: Live with Transparency 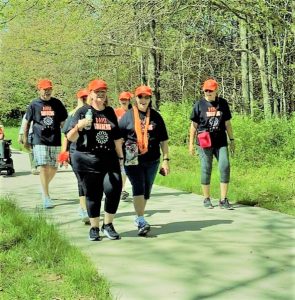 Unfortunately, many patients choose to hide their chronic conditions from loved ones and employers for various reasons. Family and friends might not fully understand the ramifications of your illness, making it hard for them to know what you’re doing or how you should be feeling. However, many patients, like Trisha, feel that they’ve received unwavering support from PLM members because those individuals have the same conditions and can empathize.

Since Trisha had the double vision episode on the way to work, there was no hiding it from her employers. This turned out to be a positive experience because it naturally forced her to be upfront with her situation. Trisha got a part-time job about four years after she had to leave her full-time job as a coder for an eye surgery office and that next employer also knew from the start that she had MS. Based on her condition, there were some parts of her job that she was not required to do. Trisha urges those with a chronic illness to avoid hiding it because employers might think you aren’t applying yourself. It can be difficult, but being honest and transparent with the people in your life about what you’re going through gives you a better quality of life in the long run. There’s so much conversation about acceptance and inclusivity. Most employers should be empathetic and open to adapting to ensure their employees are successful.

If you are looking for guidance on how to share a challenging diagnosis with friends, family and employers, check out tips from PLM members about how they communicated the news.

“Even seemingly small lifestyle changes, like reducing soda and junk food intake, can have a lasting impact. We all read (and mostly ignore) the tiny warning labels on the back of Aspirin bottles with the long-term effects. It doesn’t always clearly communicate the true impact it can have when used to treat chronic pain, like I did for my back, that it could damage my kidneys in the future. If I had been armed with this knowledge from a young age, I may not be in stage three kidney failure right now.

I wish I had been a part of the PLM community at that point in my journey, I would have had peers to check in with and most likely stopped taking that medication a long time ago. That early self-awareness and proactivity can make all the difference.”