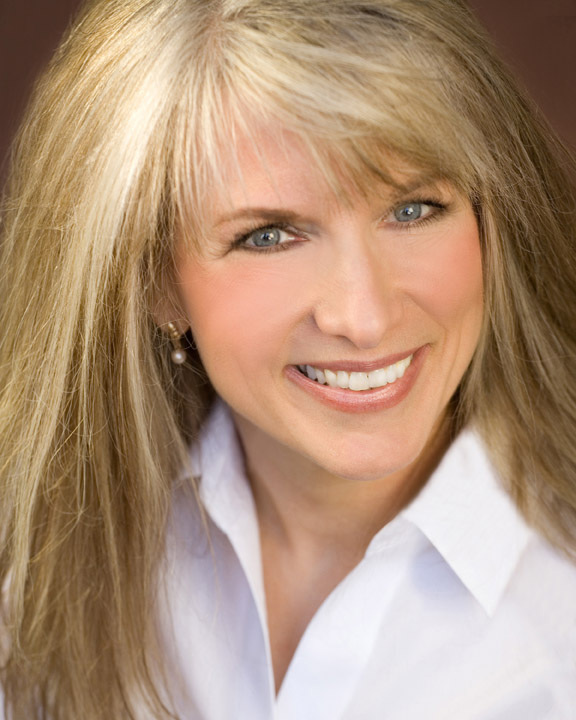 Continuing our observance of MS Awareness Week, we’d like to introduce you to longtime PatientsLikeMe member Dr. Dee Kite (“CoachDee”), who has been living with multiple sclerosis (MS) for over 23 years.

A life coach who specializes in MS patients, Dee became interested in social awareness, or how best to talk and interact with a patient with MS.  What kinds of comments are insensitive, for example?  And what is that MS patients would love to hear instead?  Find out about that and more in our two-part interview with the author of The Dumbest Things Smart People Say to Folks with MS.

What led you to write the book – and how did PatientsLikeMe play a role?

When I was diagnosed with MS in 1995, I lived with a feeling of panic and struggled just to survive. I remember the first advice I received. Trudy, a woman brimming with confidence and good cheer, told me, “You may not be able to do much about MS, but you can have a positive attitude.”

I felt so ashamed because no matter how hard I tried, my attitude was NOT positive. Physically I was pretty much okay, because being blind in one eye and feeling like I had the flu every afternoon were not going to kill me. Emotionally I was not okay. I didn’t know what would happen next, and I was scared. I’d sneak out of the bedroom at night so my brand new husband, Scott, wouldn’t hear me cry.

Looking back over the 17 years I’ve had to tell others I have MS, I realize they too probably felt sadness and fear. But instead of openly admitting this, most preferred to tell me what I should do to cure my disease or alleviate symptoms. Katy said I should ride horses because “Shelia” had been cured when she rode.  Another person urged me to rush out and be stung by bees.  A sure cure!

I continued to receive prescriptions for off-the-grid MS “cures” when what I really wanted was just simple conversation. I wondered what others living with MS were hearing. I thought if they were having similar experiences it might be a helpful topic to write about on my website, MyMSCoach.com. So I posted this question in the PatientsLikeMe MS forum:  “I’m trying to collect the worst things people have said to us so I can help educate them about what we really need to hear.  Has anyone said something to you that didn’t help or even made you feel worse?” 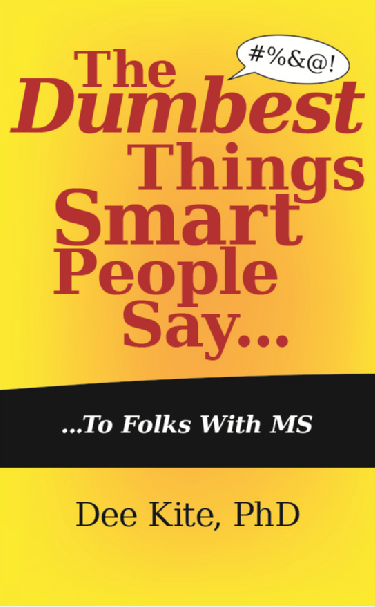 The floodgates opened, and PatientsLikeMe members responded (and continue to respond years later!). The thread generated such passionate responses I was amazed. Some things people had heard were so shocking I gasped. Others were so sad, I cried.

While I had just been thinking of an interesting topic for an article, the patients who were sick and tired of thoughtless comments saw an opportunity to be heard. One woman said, “You need to write a book about this!” Another patient said, “Yeah! 1,001 Things Not to Say to Us!” So it all began right here on PatientsLikeMe.

If you had to choose, what are the top three dumbest things you could say to someone with MS?

It’s hard to choose three, because there are so many dumb things! Here are three “classics” because most of us have heard them:

Here’s another great example of a dumb thing.  Brenda parked in a handicapped space. A mother and her kids ran up to her shouting, “That is the most inconsiderate thing you can do! I have a handicapped husband!” Brenda turned and said, “I have MS.”  The woman practically growled. “There’s nothing wrong with you.”

Brenda just got back into her car and drove home. She didn’t know what to do. And she wondered, what does handicapped look like? With MS there is no way to know.  It can be so demoralizing to always be in pain and then to be continuously wounded emotionally by other people’s perceptions and projections. That’s what The Dumbest Things Smart People Say to Folks with MS is all about, how the lack of awareness can deeply hurt us. And a lot of times it’s somebody we love.

Read Part II of our interview with Dee.

10 thoughts on “Interview with Dr. Dee Kite, Author of “The Dumbest Things Smart People Say to Folks with MS” (Part I)”