Once considered a rare disease, amyotrophic lateral sclerosis (ALS) has become a common condition. About 6,000 new cases of ALS are diagnosed each year, and approximately four to six people per every 100,000 are living with the disease. Also called Lou Gehrig’s disease, it’s a progressive illness that affects nerve cells in the brain and spinal cord, resulting in a loss of muscle control. Although there is no known cause for ALS, there are several factors that can increase your risk of getting the disease.

ALS usually begins with muscle twitching and weakness on one side of the body and with one limb. You may also notice slurred speech. While the exact cause of these symptoms are unknown, there are a few risk factors that can increase your chances of developing ALS:

The risk of developing ALS increases with age. Although people in their twenties and thirties, as well as people in their seventies and older, can get ALS, it is most common between the ages of 40 and 70. The average age at diagnosis is 55. Part of the reason ALS is becoming more common may be because the population is aging, although there may also be an increase in environmental risk factors that have yet to be identified.

Five to 10% of people with ALS inherited the disease, called familial ALS. The other 90 to 95% have what is called sporadic ALS.  For most people with familial ALS, there is a 50/50 chance that their children will develop the disease.

Studies have shown that there are similarities in the genetic mutations of people with familial ALS and people with sporadic ALS. These mutations might make people more susceptible to the disease. Mutations are errors in the DNA instructions, usually causing the cell to make too little or too much protein. When cells don’t have the right amount of protein, disease can occur. There are several genes associated with increased ALS risk, but the two most common are SOD1 and C9orf72.

A main characteristic of ALS is an abnormal accumulation of proteins, called deposits of aggregates. Mutation in the SOD1 gene can cause proteins to become “sticky” and create deposits. As aggregates develop, they can trap other nearby proteins that maintain cell health, resulting in cell toxicity.

The C9orf72 gene provides instructions for making a protein that is abundant in nerve cells in the outer layers of the brain. The C9orf72 protein is believed to be located at the top of the neuron in the presynaptic terminal, which is important for sending and receiving signals between neurons. Mutations in this gene have been found to cause ALS, particularly when a series of nucleotides are repeated too many times.

Mutations can be harmful because of the impact on ribonucleic acid (RNA), an important molecule that converts genetic information of DNA into proteins. A specific type of RNA affected is messenger RNA (mRNA), which sends messages between genes and proteins. To make a protein, the cell uses the DNA gene to form a copy of mRNA. This copy is then used to give instructions to make the protein. After the copy is formed and before protein is made, RNA is processed in a variety of ways. Mistakes in RNA processing can also lead to disease.

Although ALS affects people of all races and ethnicities, certain groups may be more at risk than others. ALS rates are higher among whites, particularly white males. African Americans/Blacks and Asians are less likely to develop the disease, and it occurs less frequently in Hispanics than in non-Hispanics in the United States.

Men are slightly more at risk of developing ALS than women. It is about 20% more common in men, although the difference starts to disappear with age.

Environmental factors linked to ALS can be challenging to identify as the general population is frequently exposed to similar factors but may not develop the condition. This makes it difficult to determine why some people are more susceptible to ALS than others. The only environmental factor that studies have proven to be a risk factor is smoking. Research suggests that tobacco smoking increases the risk for ALS, though it is unclear whether the association is caused by nicotine, oxidative stress, or other toxic substances in tobacco. The risk also appears to be higher in women who smoke than in men, especially after menopause.

Other environmental and lifestyle factors that have been seen to increase the risk for ALS include:

Several studies have shown that U.S. military service is a risk factor for ALS, although there is no single discernable factor that increases risk. Studies have not consistently shown a link between combat, service branch, or place of deployment, so it is difficult to say which—if any—of these factors are the main contributors to ALS prevalence in military personnel. However, there are certain exposures that are common in military service that may contribute to the development of ALS, including poor sleep, trauma, psychological stress, lead exposures, and strenuous physical exertion. The association between military service and ALS does not appear to extend to other countries’ militaries; British, French, and Italian data have not found a positive association between ALS and service in their respective militaries. 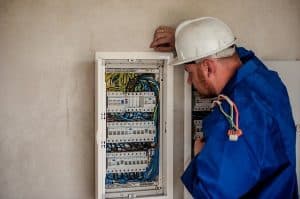 ALS include agricultural workers, soccer and football players, and welders. Healthcare workers, veterinarians, hairdressers, power plant and electrical workers were also proposed as having an increased risk. Although there are only a few identified common denominators among these occupations, like physical activity, electromagnetic fields, and repeated injuries, that may represent shared exposures between some of these occupations.

Electric injury may serve as a potential risk factor for ALS. A regional case-control study published in the journal Muscle & Nerve found that ALS risk was increased for those reporting severe electrical burns. More than twice as many ALS cases than control reported had been electrocuted or had severe electrical burns. Evidence concludes that non-progressive spinal cord damage is often present after electrical injury and many recovery partially or completely. However, severe injury can lead to rapid onset of symptoms that progress over time.

Lead is a naturally occurring neurotoxin. Repeated and prolonged exposure can alter the normal activity of the nervous system. This eventually disrupts or kills neurons, which are cells that transmit and process signals in the brain and other parts of the nervous system. Some studies have shown a connection between lead and ALS – higher blood and bone lead levels increase the risk of ALS. Other studies have shown prolonged survival in patients with ALS who have higher lead levels. This suggests that while lead is a risk factor for developing ALS, it may also be a protective factor that can slow the progression of the disease.

Other metals may also play a role in ALS risk, including manganese, aluminum, cadmium, copper, and zinc.

The most famous ALS patient was renowned US baseball player Lou Gehrig, whom the illness is named after. Studies have shown an increased risk of ALS among people who engage in vigorous physical activity. Other studies have reported a higher risk with professional athletes but a lower risk with less intense organized sports. In addition, exercise can have benefits for people with ALS like reducing depression and improving strength and stamina. The variety of results suggests that different levels of physical exercise, like professional or recreational, and whether a diagnosis has already been received or not, can have different biological effects on neurodegeneration. Other factors regarding physical exercise that should be considered include exposure to harmful chemicals and pollution, long-term impact of related injuries like concussions, and gene mutations.

Studies have suggested that pesticides can increase the risk of developing ALS, as well as other neurodegenerative such as Parkinson’s disease. Many pesticides are known to be neurotoxic, and some have a direct effect on the lower motor neuron synapse. In the US, organochlorine compounds, pyrethroids, herbicides, and fumigants have specifically been evaluated and suggested as contributing to the development of ALS. Because of this, farmworkers and athletes (particularly those who play on grass-covered fields) may have increased incidences of ALS.

Other possible risk factors for ALS

Beyond genetics, environment, and lifestyle, there are several other health-related risk factors for ALS.

Although epidemiological studies have refuted a link between cancer, some research has shown that there may be an association between the two. Genetic analyses conducted by Japanese and Taiwanese researchers found that many genes linked to ALS are also related to certain cancers. The team used probes to compare the DNA of nine male sporadic ALS patients with 10 samples from healthy controls. The researchers identified 101 genes that differentiated ALS patients from healthy ones with 95% accuracy and found that most of the genes were also related to various cancers. In addition, they found that some of the genes were used to predict survival in some cancers, like liver and pancreatic cancer.

Several studies have examined head trauma as a risk factor for ALS. However, the majority of people with head trauma will not go on to develop ALS. There are about 300,000 cases of head trauma a year, compared to 6,000 cases of ALS.  Head trauma can cause chronic traumatic encephalopathy (CTE), a progressive neurodegenerative disease. CTE is commonly found in athletes, especially those involved in contact sports such as football, hockey, or boxing, and military veterans, and it has been proposed that some patients with CTE have been misdiagnosed as having ALS.

Previous viral infection may be a potential risk factor for ALS. Retroviruses such as HIV cause motor neuron syndromes and exposure to viruses such as human herpesvirus-6 and human-herpesvirus-8 are associated with a more than three-fold risk and eight-fold risk respectively. In many cases, patients with HIV or other retrovirus infections who present with ALS-like symptoms will experience a reversal of symptoms within 6 months.

There may be other possible risk factors that have yet to be identified, especially as researchers conduct more studies to determine what causes ALS and why some people are more susceptible to developing the condition than others. While having some of these factors may increase your risk, that doesn’t mean you will develop ALS.

If you’ve recently found out that you are at risk for ALS, or you have been newly diagnosed, you may have questions and concerns and may feel alone in your illness.  At PatientsLikeMe, there are over 19,000 members who have been where you are and know what you’re going through. Join them today to learn more about how they are managing their condition and get the support you need for your ALS journey.