Out of the Office: PatientsLikeMe Visits ALS Pioneer Steve Saling

Earlier this month, PatientsLikeMe Co-Founder and President Ben Heywood, along with marketing intern Jenna Tobey, went to visit the Steve Saling ALS Residence, which is part of the Chelsea Jewish Foundation’s Leonard Florence Center for Living in Chelsea, MA. The foundation has been providing high-quality care for over 90 years and includes the nation’s only specialized ALS residence.

When Steve Saling was diagnosed with ALS, a rapidly progressive neurodegenerative disease, in 2006, he immediately began to “secure a way to provide for care” as his condition advanced. His expertise as an architect, his keen interest in technology and his diagnosis all proved vital as he worked with Barry Berman, CEO of the Chelsea Jewish Foundation, to create the first-ever, fully automated ALS residence. This state-of-the-art residence soon became a reality and opened its doors in August 2010. Despite this tremendous accomplishment, Steve isn’t done yet. He has also created the ALS Residence Initiative in an “effort to duplicate the project nationwide.” The next facility to open will be in New Orleans. 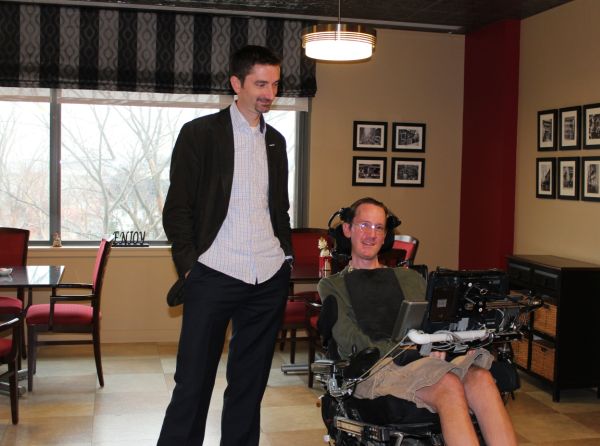 Steve greeted Ben and Jenna at the door and was excited to get the tour started. Unable to speak on his own, Steve communicates through a sight-based technology that can translate eye movements on a computer screen into audible speech. As he showed Ben and Jenna the residence, Steve demonstrated the independence that advanced technology and the center provide him by opening doors, turning on lights, operating elevators and changing TV channels. The foundation also encourages this independence by getting their residents out and about.  Steve described some of their recent excursions, like going to the movies, downhill skiing at Nashoba and traveling to Disney World. 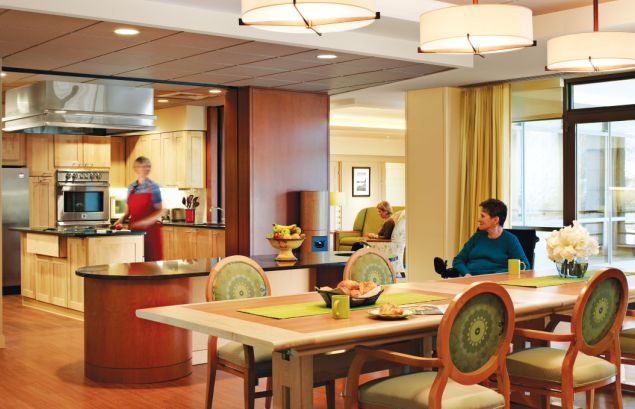 Steve became a PatientsLikeMe member seven years ago following his diagnosis. Since then, he has been a model community member, regularly updating his symptom reports and frequently chiming in on the ALS forum. In his PatientsLikeMe profile summary, Steve says, “I accept my new challenges and take a great deal of satisfaction in adapting to my losses.” The PatientsLikeMe ALS community is nearing 6,000 members, with patients learning from each other’s shared experiences every day.  Join the conversation anytime; they’d love to hear from you.

To learn more, check out the video below, in which Steve discusses “the dire need for residential living options for the chronically disabled.”

ALS & MS Residences at the Leonard Florence Center for Living from Steve Saling on Vimeo.