Now that daylight savings time has ended, the days are shorter, and before you know it, it’s nightfall.  Has this affected your mood?

Seasonal affective disorder (SAD), also known as seasonal depression, is a condition marked by a period of depression that occurs during the same season year after year.  In most cases, that season would be fall through winter (when there is less sunlight), but for some people, SAD can occur during spring or summer. 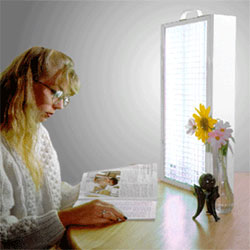 One of the best ways to learn “what’s normal and not normal?” with SAD is to compare your experiences with other patients. There are 446 patients with SAD at PatientsLikeMe, with 85% of them female and 15% male.  A commonly reported treatment is light therapy, or the use of a special light box that exposes you to bright light.  This mimics the effect of natural outdoor light and appears to cause a change in brain chemicals that positively affects your mood.  (Does it really work?  Check out the 27 treatment evaluations for light therapy that our patients have submitted.)

What’s it like to live with SAD?  Here are some first-hand reports from members of our mental health community, who answered the question “What are your SAD symptoms?”

Wondering what else they patients have to say about SAD?  Or think you might experience the condition yourself?  Join PatientsLikeMe and take part in this ongoing SAD forum discussion.

5 thoughts on “It’s the Season for Seasonal Affective Disorder”