A Good Surprise: An Interview with Fibromyalgia Member DarkAuburn

Did you know we now have more than 30,000 members in our fibromyalgia community?  In honor of this major milestone, we decided to interview DarkAuburn, who joined in 2009.  She’s a three-star member, which means she’s earned our top star rating for sharing complete, in-depth information about her fibromyalgia symptoms, treatments, quality of life and much more.  In addition, she has opted for a public profile, which means that anyone on the Internet (whether a PatientsLikeMe member or not) can learn from her detailed condition history.  Check out our interview with this veteran member below. 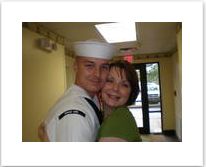 1. Tell us a little about the PatientsLikeMe fibromyalgia community.

I was not expecting much when I found the site. I thought it would be more of an informational, non-involvement sort of site. I was surprised, as in a good surprise. I don’t know many people where I live that have fibromyalgia, and I didn’t realize how welcoming this site would be. I found people who, like me, wanted answers. The sharing of information and support was a nice thing to find.

2. What’s it like to have access to the experiences and data of tens of thousands of other fibromyalgia patients?

It’s staggering. I didn’t know much about fibromyalgia before I was diagnosed. I can’t say I’m an expert now either. But the information has helped me better communicate with my doctor.

3. As a wife, mother and grandmother, how has fibromyalgia affected your family?

People ask my husband all the time how I am doing. He will tell them that I have good days and bad days, and we have learned to take each day as it comes. When I told my children, they were concerned. My daughter is a research junkie, and she looked it up and explained to her brother what I have. His response was, “That explains a lot.” Since I don’t get to see my children and grandchildren on a daily basis, I just deal with fibromyalgia and play with my grandchildren.

4.  What’s the most important thing you’ve learned from other patients?

I have learned that I am not alone in this.